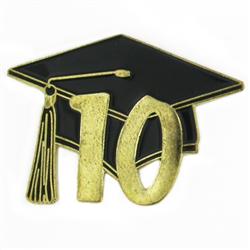 We have almost wrapped up our survey of the career plans of the undergraduate class of 2010.  Despite a still sluggish economy, almost two thirds of the class reported that they were employed: 58% in full-time jobs, 4% in full-time post graduate internships, and 1% part-time.  Another 20% went directly to graduate school.  Only 10% reported that they were still seeking employment.   And 3% told us they were engaged in applying to graduate school.

The remaining 4% chose “other.”  Among this group are some who are pursuing acting careers, others who are traveling, one who is on a Fulbright, and another who is playing volleyball in France.   But the largest number of “others” are volunteering, both in this country and abroad.  This is not surprising, given the large number of Penn students who engage in volunteer activities over the course of their time here.

Those who are continuing their educations chose programs like law and medicine, PhD programs in a diverse range of fields:  Assyriology, Organic Chemistry, Ethnomusicology, Genomics, and Performance Studies;  masters’ programs in an equally diverse range of fields:  Urban Education, Economics of Development, Medical Physics, and Photography.  Some are even studying for diplomas in Pastry and Baking Arts and Gemology.

And of course, there are Penn people working in fields well beyond banking, consulting, engineering and nursing, whether they are teaching in Turkey or France, working for the federal government in Washington, D.C.  or as far away as Alaska in the Bureau of Land Management, earning a paycheck at the Elk Mountain Ranch in Colorado or the National Yiddish Book Center in Massachusetts, starting their careers at Major League Baseball or the National Basketball Association, to say nothing of those staying right here at Penn or the Penn Health System, which together employ more than fifty 2010 grads.

The fact is that  these graduates, like those who came before, are doing an incredible range of things, despite the bad economy and despite in many cases fierce competition.  We celebrate this range, and the choices they made.  We look forward to hearing from these graduates in the months and years ahead, and bringing some of them back to campus to speak to current students, who are faced with career decisions of their own.

Patricia Rose is the Director of Career Services at the University of Pennsylvania. View all posts by Patricia Rose