It’s that time of year and Career Services counselors have been reading LOTS of cover letters and resumes for the upcoming internship recruiting season. Many are well crafted and thoughtful letters, but then there are the others – those that we cringe at the thought of a recruiter reading. In that context, I thought I would share some of my “cover letters no-nos” through the blog this week.

Typos and poor grammar. Your cover letter is a writing sample and testament to your attention to detail and communication skills. If it is littered with mistakes and poorly written, no employer will want to hire you, regardless of the many other ways in which you may be well-qualified for the position.

Wrong length. A cover letter should be long enough to adequately convey your interest in the position and highlight your qualifications for it. An extremely brief letter does neither and will indicate to the employer that you are not enthusiastic enough about the position to take the time to articulate that interest through a well written cover letter. On the other hand, it should not be your life’s story written in a tiny font on a page with miniscule margins. Employers often get hundreds of applications for a single position, and they simply don’t have the time to comb through extremely long cover letters. A one page letter in a reasonably sized font (10 to 12 pt) and standard one inch margins should do the trick. Most letters will have four or five paragraphs.

Unfocused. Keep in mind that a cover letter is (usually) your opportunity to express your interest in a SPECIFIC position and a SPECIFIC employer. Read the job description thoroughly, ascertain what qualities the employer particularly wants candidates to posses, and then demonstrate through the letter that you have those qualities. Research the employer to learn more about the organization and be sure to indicate why you are particularly interested in them. Avoid vague phrases like “I would be thrilled to work for such an industry leader.”  Why do you consider them a leader? Let them know if you’ve talked to people who work at the organization or attended an information session (and, of course, what impressed you in these interactions).

Wrong Tone. It can be hard to get the right “tone” for a cover letter. On one hand, you want to be confident in expressing your qualifications for the position. After all, if you don’t think you can do the job, the reader surely won’t either. On the other hand, you don’t want to come across as arrogant and oversell yourself. I am always taken aback when I read in a cover letter that an applicant is “confident that they are the best candidate for the position”. This is a determination the employer will make, and it is presumptuous for an applicant to make it on his or her own candidacy. (After all, the applicant hasn’t even seen the other resumes!) Saying something like “I believe my skills and past work experiences make me a good fit for this position” relays the same message in a more understated way.

Writing strong cover letters requires time and effort, but will pay off in the long run in terms of more interviews, and ultimately, job offers. For more information on cover letters (and samples), check out the cover letter guide on the undergraduate portion of the Career Services website: http://www.vpul.upenn.edu/careerservices/undergrad/coverletter.html 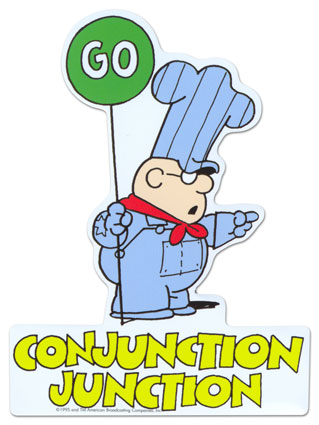 As a young girl, I watched an animated TV series called “Schoolhouse Rock” just about every Saturday morning.  Launched in the 70’s, Schoolhouse Rock reinforced principles in grammar, science, history, etc. for children in an engaging and creative way.  One of the episodes covered the verb, which was personified as a superhero while the background song had the catchphrase “Verb! That’s what’s happening!”   The underlying idea, I think, was that the action verb has an empowering and captivating role in language.

Seventies lingo aside, action verbs also play an important role in resumes.  Potential employers don’t just want to know where you worked and what your title was.  They also want to know “what was happening” as it relates to your particular role.   In other words, they are most interested in what you actually did at a given job, internship or extracurricular activity. Using precise and strong action verbs can empower you to take ownership of your accomplishments while capturing the interest of recruiters. Of course, there are plenty of action verbs to choose from, so I’ll focus a bit on how to avoid diluting your experience section.

1) Eliminate the opener “Responsibilities include:”

Certainly, “assisted” and “worked” are action verbs, but they can be vague. You don’t want recruiters to have to guess at what you actually did.  For instance, suppose you write “Worked on a literacy assessment project for third graders.” This might work as a summary statement if you want to emphasize that you have had exposure to work in literacy.  However, if you also performed critical tasks within the project, you need to be more specific. Did you design the assessment? Did you administer the assessment?  Also, don’t say “Assisted with teaching art to 20 second-graders in an after-school program” if you actually taught.  Rather, simply start with “Taught ….”

I recognize that students are sometimes reluctant to be more direct with stronger action verbs if they worked with a team as they don’t want to appear to take more credit than they should.  If that is your concern, you can write statements like “Co-taught art to 20 second graders in an after-school program” or “Conducted literacy assessments for third graders with a team of teachers.”

Students may also choose verbs like “assisted” and “worked” when they want to bring less attention to their actual tasks and more attention to the field in which they worked.  Consider a scenario where a nursing student performed clerical tasks in a clinic and observed a nurse practitioner at work. The student could say “Gained exposure to pediatric nursing while working in a community clinic” or “Shadowed a nurse practitioner while assisting her in a community clinic.”  Keep in mind that some of the clerical tasks could be relevant. For example, greeting patients who come to the clinic would allow the student to grow in establishing rapport with patients, which is a required skill for nursing.

This week the new semester will begin. The wonderful thing about an academic calendar is that you can “begin again” twice in one year. This is a new chance to study harder, do better, participate in a new group or make a larger contribution to an organization you are already a part of. In January, some of these thoughts may coincide with New Year’s resolutions, or may be in addition to your determination to work out more, eat healthier food, wake up earlier, etc.

While those of us in the working world can and do have New Year’s resolutions, we don’t share the experience of starting anew. Work continues on, despite the new month and new year. This constancy in the world of work is one thing that some new graduates have difficulty adjusting to. I joke that drop/add ends at graduation, but for some new to the workplace, it is difficult to stick with assignments not just for the 14 weeks of a semester, but for a year or longer. I believe this is one reason new grads tend not to stay in jobs longer than a year or two. It’s a kind of drop/add for the workplace. When these graduates move to a second job, though, they tend to be happier. They are more clear about what is important to them in a job, or they have finally accepted that the world of work is much different from the academic world. They adjust to this new rhythm, and move ahead – at least until the siren song of graduate school beckons. Happy New Year! 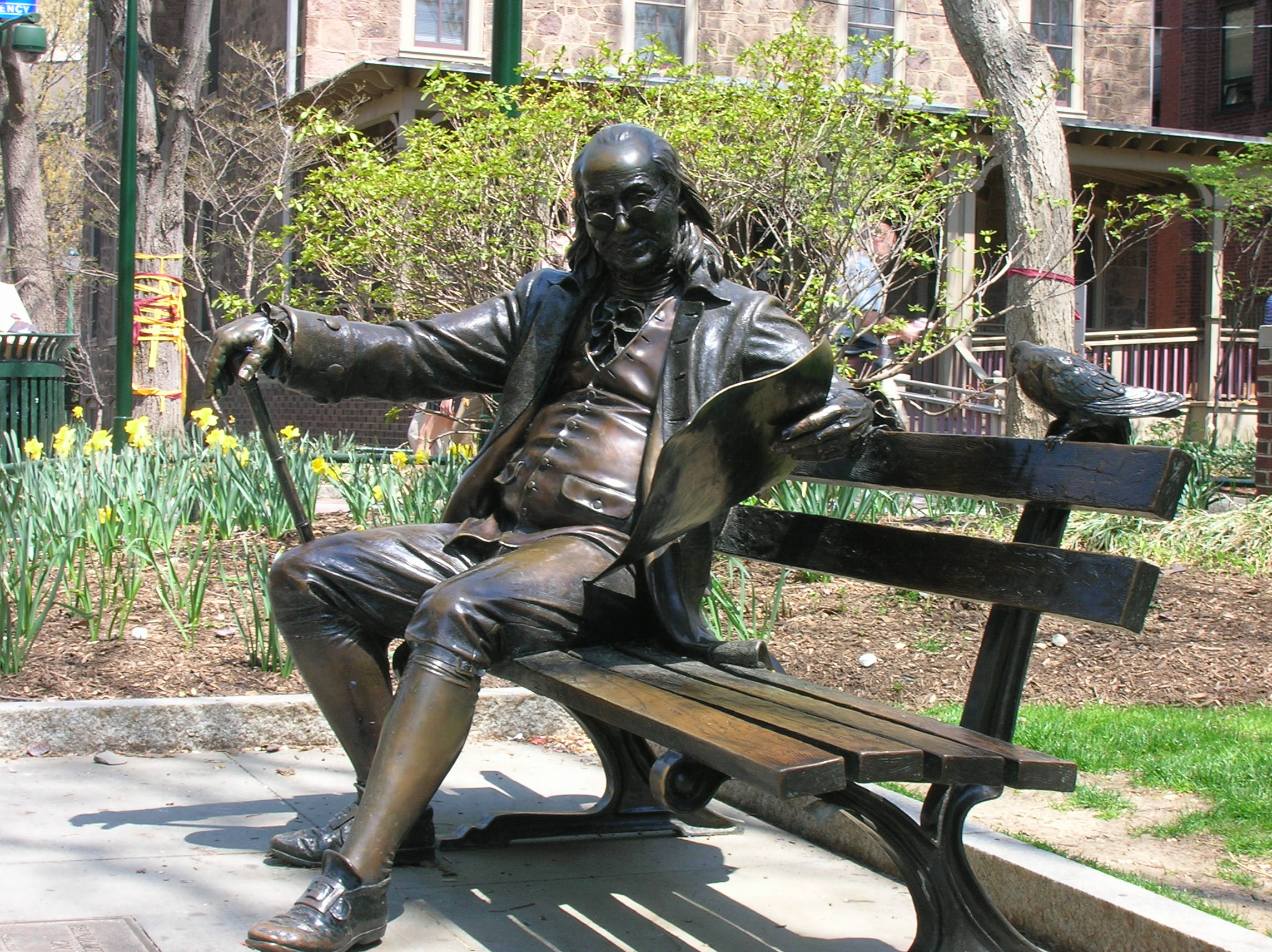 This 1940s Johnny Mercer song (catchy, in the hey, I can’t get this out of my head way) offers sound advice as we approach the spring OCR season. Recently, I’ve spoken with so many students who are concerned about things that they worry make them less competitive: a slightly lower GPA, lack of experience, and…dare I say it…not being in Wharton. Because the process is so competitive and therefore intimidating, there is temptation to try and explain away these perceived faults on a resume or, especially, in a cover letter. This is a BAD idea.

Much like those pesky zits we all get from time to time, chances are these flaws are much more noticeable to you than they would be to any employer. In fact, it’s possible that what you see as a possible negative isn’t even something that has occurred to the employer. All hiring managers consider a wide range of factors and they are thinking about the things that you do bring to the table, not what you are lacking. Discussing “blemishes” in any way only shines a brighter spot light on the issue (kind of like the green colored pimple concealer that was popular when I was in high school—seriously, what were they thinking?).

You have very limited space on your resume and cover letter to get across the message you want. Why would you want to waste any of it on something negative? Think about it—would you want to hire someone who starts off a paragraph by saying, “Even though I’m not in Wharton…” or “The poor grades from last semester do not accurately reflect my potential”? Trust me, there is no explanation you can offer that would in any way make you look like a strong candidate. Your chance to explain anything (if and only if an employer brings it up–because if they don’t bring it up, they don’t care) is during an interview.

As the song says, you are much better off focusing on the positive attributes you bring. Tell them about all of the things that make you a great candidate for the position. You obviously think you could do the job or internship and there are reasons for that. Use your documents as a way to Ac-cen-tchu-ate whatever great qualities, skills or experiences that you bring. In other words, only include what would come after the proverbial “but” in one of those negative starting sentences. The more you can e-lim-in-ate the negative (see, it’s stuck in your head already, isn’t it?), the better off you’ll be. 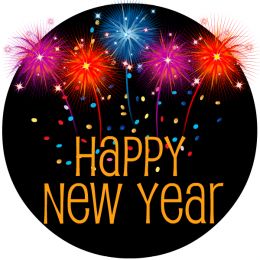 Happy 2011! Career Services has reopened after the holiday break and we are available to help you!  Feel free to call the office to schedule an appointment (via phone or in person if you are back on campus). Counselors are also available via email. Also, note that on-campus recruiting for internships has officially begun! Many resume collections for spring internship recruiting opened today – January 3. No worries though if you still want to enjoy your break. The first resume deadline for summer on-campus recruiting is not until January 16th, so you can always apply when you get back to campus.

On-campus recruiting for internships tends to focus on juniors and other students graduating in 2012 as many employers prefer to hire students in their penultimate year so they can extend a full-time offer at the end of the summer if all goes well. However, some employers will consider students graduating later and sophomores are certainly welcome to participate in OCR if they wish.

Log into PennLink to see which employers are recruiting, as well as read job descriptions, research specific application deadlines for each position, and apply to those that interest you.

If you have questions about how OCR works, please check out the online OCR Orientation. It takes about 30 minutes to view, but should answer most of your questions about the process.