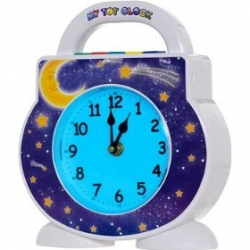 I just bought a clock for my three year old to help her know when it’s time to get up in the morning, or rather, when it’s not time to get up, such as the ungodly hour of half past four. The face of the clock glows blue when it’s bedtime and stays that color until her designated wake time, of the only slightly more reasonable 6 am, when it changes color. In our first night of its use, it worked like a charm—no more middle of the night awakenings to the pitter patter of little feet, and subsequent elbows, to our bed.   Instead she walks in cheerfully, in the way no one but small children can at that hour, and announces “It’s time to get up, guys! My clock turned yellow.”

Sometimes I wish such a device existed for students in their job search. With some searches (OCR) starting so early in the year and other jobs needing people to start right away, it can be hard to know at what point in the senior year to apply for jobs.  Well, consider this your official wake-up call (though, sadly, yours does not come with a yellow light and happy song). Now is the perfect time to begin your job search. That’s right, you heard me. You are not too late and contrary to the seemingly popular belief among many Penn seniors, there is no ticking time bomb that will make your life and all job prospects implode upon graduation.  Employers do not have a certain window of time in which they will consider hiring college students after graduation. They hire for openings all year round but the right time for you to apply for jobs is not until you’re actually available to start work, which is why now is the ideal time to be on the job hunt.

If you started applying for jobs earlier in the semester but have not had any success it may not be you. Because employers who post jobs usually need someone who can start immediately you would likely would not have been considered for jobs that were posted in January, February or even early March; it was probably just too early. So, don’t get discouraged. As Penn grads, you have many great qualities to offer employers.

So, grab a cup of coffee and, once you are done with finals, start your job search anew. Come see us in Career Services so that we help you revitalize your job search. And even though you may feel like “The Final Countdown” is the theme of your life at the moment, try to ignore the “tick tock” of any proverbial countdown on the career front. There is no deadline to find a job. If you still don’t believe me, here are some actual quotes from our career plan surveys from the class of 2011 and 2010:

Words of Wisdom from Alumni

“I would say the keys to finding a great and fitting post-grad opportunity are patience, reflection and initiative. I made many bold moves over the past year. Not rushing into programs simply because I didn’t know what to do; not succumbing to the pressures to just “take whatever’s available”; and having the audacity to apply for a highly competitive program that was my fit…you have to know what you want and be willing to reach for it. Be patient. Reflect. And go for it.”

“My job search started in February/March of my senior spring and ended shortly after graduation… I was interviewing for the job I ultimately accepted (a rotation analyst position with Nielsen, in their leadership development program) for around 2 months (an intensive process). Was almost convinced I wouldn’t get it after interviewing for so long but was persistent, prepared extensively for my in-person interviews…Was offered the job a month after graduation and accepted gladly.”

“Searching during the Spring semester was pretty difficult; I really had no idea what direction I wanted to follow after graduation. The opportunity I ended up taking was one that I initially passed up because I wasn’t really interested…In the first week in September I came upon an old flyer for the same opportunity and after many months of summer rest/rejuvenation/reflection I realized that this was the perfect position for moving toward my goal. “

“Took an unpaid PR internship in NYC for the summer, and began applying for jobs in early July. I received 2 interviews within 4 days, and got offered a job the day after one of the interviews.”

“I started in January, and it took me until April to get the job. You have to be very persistent, but rest assured you will find something.”

“I accepted a paid internship in August in a field that I wanted to be in, which had the potential to turn into a full-time job in 3-4 months, given my performance and the financial status of the company. However, a previous internship employer contacted me about a full-time opportunity [where I am currently working] during my paid internship.”

Claire Klieger is an Associate Director of Career Services for College of Arts & Sciences undergraduates. She earned her Ed.D. from Penn and did her undergraduate work at the University of Virginia. Fun Fact: Claire spent 11 years in the Middle East and North Africa. View all posts by Claire Klieger

Claire Klieger is an Associate Director of Career Services for College of Arts & Sciences undergraduates. She earned her Ed.D. from Penn and did her undergraduate work at the University of Virginia. Fun Fact: Claire spent 11 years in the Middle East and North Africa.