It’s not a very festive title for a blog post, to be sure — in fact, it almost sounds like a William Carlos Williams poem…if you spaced the words out a bit (actually, the doctor-poet went to Penn Med, and who knows when he interviewed).  All the same, if you haven’t had an interview as we move into mid-December, you may be feeling less than optimistic about your application to medical school.  And that can be hard on your spirits at a time when it can seem everyone is expecting you to be celebratory and sharing good news.  You’re telling people you haven’t heard or are “on hold” without even knowing what that means.  So, if this sounds like you, here are a few pointers to help you enjoy your break:

END_OF_DOCUMENT_TOKEN_TO_BE_REPLACED

What makes you so special? No, really. Employers want to know. At the recent Nursing Career Day hosted by Penn Career Services, I met several hospital recruiters and nurses who all agreed that highlighting your unique qualifications, skills, and experiences on your application is to your advantage. While this tip for standing out in the job search may be common sense, how you prepare yourself can make all the difference.  Luckily, a few other words of wisdom offered by this group of employers may help you BSNs do just that:

1)   Start early. Are you a sophomore or junior? Apply to externships and nurse aide positions at hospitals of interest. When it comes time to hire a staff nurse, who do you think a recruiter will look to first? You guessed it – the new graduate who was employed with them in the past (and did well). Previous related experience will certainly set you apart from the rest of the candidates.

2)   Have a “Plan B.” While you most likely have an “ideal” unit or patient population in your head, it’s important to be flexible and realistic in the job search. Gaining experience in a related unit is certainly more constructive than waiting and waiting for a perfect job to show up. Perform well and you will not only have solid clinical experience on your resume but a strong reputation to precede you.

3)   Don’t hibernate over winter break. Take advantage of the time off campus to schedule shadowing experiences with a hospital of interest or to connect with other healthcare professionals in your preferred geographical area. Research hospitals now so that when the time comes to apply to positions this spring, you are well informed.

Best of luck to you as the fall semester winds down and you prepare for what’s ahead in 2013! 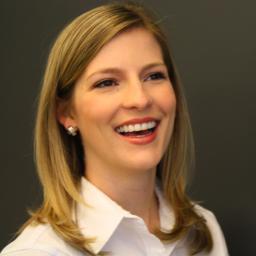 Social media has forged new patterns of consumption that change how we connect to the world around us.  For better or for worse, this is our reality.  Technology is changing quickly and it can feel overwhelming and difficult to keep up, but that is not an excuse to simply throw up your hands and stay out of the game. Employers expect social media skills from recent graduates, and even the skills you have learned in an informal, personal context can become valuable in the workplace.  There are also major personal benefits to joining social media networks.  They offer unique ways to build and enhance professional networks that could eventually provide you with internships, job offers, and mentorship opportunities.  Moreover, as you build your network, social media can immediately serve as an incredible tool to stay up-to-date with the trends in your field.

END_OF_DOCUMENT_TOKEN_TO_BE_REPLACED 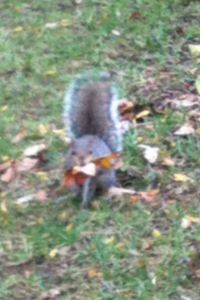 What’s with all the squirrel fascination on the Penn campus? I mean, I get it – they’re everywhere… jumping out of trash cans, gathering up discarded sandwich wrappers and pestering any human with a morsel of food. But as a person who grew up just over the bridge in a small, squirrel-infested Jersey town, I felt baffled when I first started working at Penn. I watched intelligent adults, sometimes whole families, prowling through the grass near College Hall holding outstretched iPads or phones, trying to snap a photo of an unsuspecting mutant rat. It was entertaining for me, of course, and soon I was hoping to catch people photographing squirrels. In fact, I started taking photos myself. I coined the series, “Photos of People Taking Photos of Squirrels.” They got a respectable number of “likes” on Facebook.

Regardless of season, squirrels remain abundant on campus, as do the squirrel photographers. Over time, my intense befuddlement transformed into perplexed amusement, which then became simple curiosity. Why do I not share such fascination for this animal I’ve apparently taken for granted my entire life? I’d muse. What am I missing? The question burned at my brain. As a result, I started paying more attention to the little guys.

A few weeks ago, I was sitting on campus eating lunch down near Van Pelt, which has become a bit of a ritual for me. As usual, the crafty rodents were milling about, pilfering what they could. I noticed one squirrel in particular was collecting leaves with his little paws and strategically packing in them into a nearby nest in a tree. He’d collect one leaf, and then another, and then maybe another, at which point he’d stop and look me directly in the eye. It was practically robotic and at the time hilarious. I instinctively snapped a photo with my phone and studied the blurry picture, amused. In a following moment of self-awareness, I marveled that I had become the person taking photos of squirrels.

Part of success in the work place is achieved by seeing something from a fresh perspective, often another person’s perspective. By doing this, the successful employee or intern can often avoid detrimental conflict and more effectively solve problems. It’s not a skill that everyone naturally possesses – it often must be learned, and then practiced. Mastering this skill, however, opens the mind to be more innovative, intuitive and resourceful, with the valuable ability to see situations from alternative points-of-view.

As we wrap up the fall semester, many of you will look toward future internships or full-time jobs, primarily landing them. If you think you possess the ability to branch out and tap into different perceptions, consider using it to market yourself in an interview or on a cover letter. If you think there’s room for improvement, try to practice the transferable skill, starting small. Perhaps simple curiosity about a different point-of-view is the ignition that leads to a greater understanding and appreciation of that viewpoint – an indispensable tool you’ll ultimately use in any career across all industries.

Tune in next time for Anne Marie’s Animal Planet. We will discuss the infiltration of those pesky, golf ball-sized bees that swarm the campus benches each spring, an obvious metaphor for the chaos often perceived during the job search process. Why is no one taking photos of them?!

There are three things that matter to any employer when interviewing a candidate.

If you’re an avid reader of the Harvard Business Review, Fast Company or other similar business publications, you may have seen these three questions.  Let’s address each from the standpoint of a college student looking to secure his or her dream job.

Can you do the job?  Employers know that you are fresh out of college and you will need on the job training.  However, there are certain skills you can bring to the table that employers need you to have from the start – you either have them or you don’t.  They include:

Will you do the job?  An employer can tell if you are interested in the job.  It’s like going on a date.  If you are only there for the free meal, the person on the other side of the table can tell.  Apply for positions at companies that interest you.  That way you can easily demonstrate the most important characteristic that employers look for here – investment.  Investment means that you are not only interested in being at the company, but you are willing to put in 100% effort to exceed expectations and contribute to the company’s success.  During your interview, you demonstrate investment by researching the company well, clearly articulating how the position maps to your career goals and being enthusiastic.

Will I like working with you?  It’s no secret that you are likely going to spend a lot of hours at your first job.  Most Americans work anywhere from 40 to 60 hours per week – some even more than that.  Those hours are best spent around people you enjoy.  Employers want to like the person they are hiring.  Gone are the days of clocking in at 9:00AM and leaving at 4:50PM.  Companies are trying to make their workplaces more integrated in their employees personal lives, making work a more social experience.  Liking the people around you is more important than ever.  I certainly don’t suggest going to an interview and trying to be liked.  Just be yourself.  Be your naturally nice, smiling, charismatic, friendly, inquisitive, intuitive, emotionally intelligent self.  You got into PENN with it.  Now go get that job!