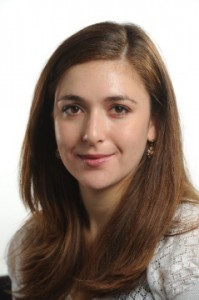 Written by Jessica Gamburg, a 2006 graduate of the College of Arts and Sciences, who is a Business Development Manager of One Acre Fund, an NGO based in sub-Saharan Africa. In the following blogs, she shares with Penn students her adventures since graduation and her advice for a rewarding international career.

I. Paving the Road Less Traveled

After graduating from UPenn in 2006, I landed a great job in finance.  Even though I was living a comfortable post-undergraduate life in the windy city, I didn’t choose to root myself in Chicago very long.   In the past 5 years, I’ve moved from the U.S. to Senegal, to Chile, to France, to Turkey. Now, I live in Kenya. In between living in those countries, I traveled to a dozen others.

While living abroad, I completed two years of service with the Peace Corps and obtained an MBA at HEC Paris. Later, I interned at the US Consulate in Istanbul. I’ve learned to speak Wolof and a bit of Turkish, and I’ve honed my French to a far greater degree than I ever thought possible during high school French class. How I got from Chicago to my current city, Nairobi, has nothing to do with happenstance. I’d like to offer a few insights and recommendations to those interested in pursuing a similar “international” lifestyle.

I left my lucrative job in finance after working two years in order to join the Peace Corps. The catalyst for this change was a mixture of low job satisfaction and a desire to live “outside the box”. My plan was to obtain a JD-MBA and apply for managerial roles in the non-profit/international development sector. It was an ambitious 5-year plan that involved some significant risk, but I was idealistic and energetic. I wanted to live a “richer” life, even though I knew Peace Corps salary and a double-masters tuition would leave me, speaking literally, much poorer. Five years later, I can say I accomplished (nearly) everything I set out to do (I never did end up doing the JD), and haven’t spent a single moment regretting my decision to leave the “normal” way of life behind.

Today, as the Business Development Manager of One Acre Fund, an NGO based in sub-Saharan Africa, I’m charged with securing grants, cooperative agreements, and contracts with large, institutional funders. To create this opportunity, I’ve worked hard (an understatement) and travelled far (a bigger understatement), and with the right plans and strong commitment you can too.

Every move I’ve made has been purposeful and targeted, always keeping the next step in mind. It was Tolkien who said, “Not all those who wander are lost”; but let’s face it, some wanderers are very very lost. When I set out on this journey, I decided I would never be aimless along it – that promise has kept me centered on building a career instead of launching into some kind of extended vacation, which can become a trap easily fallen into, especially for those seeking an abbreviated workweek.

One of the biggest challenges I’ve seen in landing an international job is the fact that all the job listings seem to require previous international experience. For most of us, this fact represents a catch-22.