This is the next in a series of posts by recipients of the Career Services Summer Funding grant.  We’ve asked funding recipients to reflect on their summer experiences and talk about the industries in which they’ve been spending the summer.  You can read the entire series here.

This entry is by Krishnan Sethmuadhavan, COL ’16 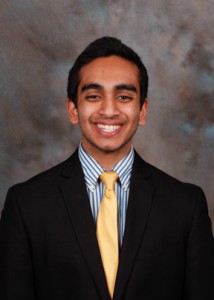 This summer, I had the privilege of working at the Department of State’s Economics and Business Bureau (EB), specifically in the Office of Economic Policy Analysis and Public Diplomacy. For somebody who has always had an interest in foreign policy, getting this internship was truly a dream come true. The ability to see American foreign policy being created first-hand was something that I only had dreamed of and the fact that I would have the ability (no matter how small) to shape it myself was really icing on top of the cake. At the University of Pennsylvania, I am studying economics in the College and Public Policy in Wharton and because the Office of Economic Policy Analysis and Public Diplomacy really lies at the intersection of foreign and economic policy, it furthered my understanding of what I was learning in classes in a practical sense.

The Office of Economic Policy Analysis and Public Diplomacy (EPPD) works on a number of highly interesting issues, all of which I had the opportunity to take part in through my internship. The EPPD creates policy analysis for decision-makers and organizes seminars with outside experts to inform rapidly changing policy processes. EPPD also leads the US relationship with the Organization for Economic Cooperation and Development on vital international economic issues and manages the EB Advisor Committee on International Economic Policy (ACIEP). Due to the diversity of the topics taken on, my role as an intern was part policy analysis, part paper-writer, and part event planner. Specifically, I worked on helping to create the Economics and Business Bureau’s strategic planning document over the course of the next three years. This document lays out the objectives of the Bureau over the near future and moreover, the indicators that will show success or failure of these objectives.

Two things really struck me about this planning document. The first was the sheer breadth that the document covered – nearly every region of the world and as many policy topics you could think of were part and parcel of EB’s plan for American foreign policy. This was a direct outgrowth of the fact that during John Kerry’s tenure as Secretary of State, he made the bold claim that “Foreign policy is economic policy” and that economic policy, short of war, is the way in which the United States will make its mark on the world. The second thing that surprised me was the quantitative nature of the metrics being utilized in the planning document and the number of indicators that existed. In deciding foreign policy, the State Department has begun moving away from seemingly wishy-washy ideas of success to a more measured and measurable methodology. This approach has its benefits and its costs, but on the whole, it appeared to be a commendable attempt at ensuring accountability in government.

Another major issue that I worked on during my time at EPPD was working with the Organization for Economic Co-operation and Development (OECD). Although I had been aware of the OECD prior to this internship due to their ubiquity as a statistics database on all things in the global economy, I was not aware of the wider role that they play and their attempts to escape the image that they hold as a “rich man’s club.” These efforts include doing things like having Latin American countries accede to the OECD and utilizing a “key partners” framework to engage emerging economies like those of Brazil, India, China, Indonesia, and South Africa. Another key issue in which I was not aware of the OECD’s importance was in tax reform and the issue of Base Erosion and Profit Sharing (BEPS) and the tax planning strategies of multinational corporations. Through my work at EPPD, I got a chance firsthand to see the power the OECD has in determining international tax policy and how jealously it guards it. For example, at the Addis Ababa conference on financing international development, developed nations (like those of the OECD) fought back an attempt by developing countries to create an international tax agency that would be under the United Nations and would remove the OECD’s role in international tax reform.

The amazing nature of my internship was further supplemented by the fact that Washington D.C. is such an amazing city. I had the opportunity to explore the many cultural and wonderful touristy sights that Washington has to offer. During my 10 weeks there, I saw everything from an outdoor French cultural festival to dancing construction cranes (courtesy of Capital Fringe) to the world’s largest Paella Festival! In addition, I got to take a picture with Secretary Kerry along with other State Department Interns and made a bunch of friends both from Penn and outside of it. I wouldn’t trade this summer for anything else in the world and want to thank both the mentors I met and Career Services for making this possible. I hopefully will return to DC in the near future as a Foreign Service Officer, something that my time in DC has confirmed will be my career in the future.