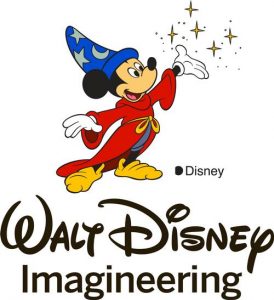 I am going to be heading to Disney World with my family this month, and for me it is an opportunity to revisit an earlier step in my career path. It is also a good opportunity to revisit a blog post I wrote back in 2010 about how Disneyfying your resume may be a great idea. After finishing my PhD at the University of Oxford, I went on to start a postdoc at the University of Central Florida. Although my postdoc was run through the university, I was actually based at Disney’s Animal Kingdom (DAK) – yes, that’s right, with Mickey and the gang. You might think this a strange place to do a postdoc until you realize that my PhD is in animal behaviour. There are lots of real animals at DAK, not just the giant-headed, costumed kind. Beyond my research into animal welfare, I learnt a lot from my Disney experience, and got some great insights into the corporate world of mission statements, branding strategies, marketing campaigns, and the laser-like focus that Disney has on customer service. Some of these unique aspects of Disney can also be relevant when it comes to thinking about your own professional branding – especially when it comes to documents like resumes.

Let’s take the idea of “theming” as an example. Yes, theming is based on the noun “theme” that, like the word “friend”, probably should not be made into a verb. But anything is possible at Disney, and so that’s what they did. If you have been to DAK you know that you walk around several different environments within the park. The two main ones are Asia and Africa – not anywhere specific in Asia or Africa, but some broad idea of what we generally envision when we think about those far-off places (or at least what Disney wants you to think). When you walk around in Africa, looking at the range of fantastic wildlife, taking the safari ride, and saving elephants from poachers, you are meant to believe that you are actually there, not just in a theme park. The design of the buildings, the type of thatched roof used, the sights, sounds, and smells that surround you as you browse the vibrant marketplace or wait in the train station, they have all been designed to help you feel that you are really there. The Disney Imagineers, those people in charge of conceptualizing and creating the Disney experience, traveled far and wide to get inspiration to use in the design of the theme park.

In Asia, you may walk through a temple as you queue for one of the rides. When the park first opened, visitors who entered some of the temple areas started to take their shoes off because they saw a pair of shoes outside of the temple that had been placed there as part of the theming. They didn’t have to, and Disney probably preferred they didn’t for liability/health and safety reasons, but they were buying into the theming. It seemed natural to take off their shoes in that environment.

Every object you see as you walk around DAK is there for a reason, and has its own story. Perhaps the shoes were owned by a local bicycle repairman who had spent the day repairing a bike that had been damaged when its owner crashed it after being chased by tigers near to the old temple ruins. OK, now we are getting to the part where Disney can help with your resume. There is such a rich context to every object and every building in the park, but the Imagineers’ goal is for you not to notice them. The objects are not meant to stick out as something you need to look at and investigate, they are they to help you become immersed in the experience of actually being in Africa or Asia. The more you notice the trimmings, the less rich your experience becomes. It may seem strange for the Imagineers to spend so much time on every aspect of their design only to want them to be ignored, but they realize that people value the overall experiences that they have at the end of the day more than they value being impressed by the range of objects that they have seen. They would be impressed by the objects if they realized how much thought has gone into them, but the objects are there to become the backdrop to the immersion experience, not the main parts of it.

If you have had your resume reviewed by a career advisor, then you have probably received feedback not only about the content (your experiences), but also about the formatting (the trimmings).

But are these really important issues? Will a misaligned bullet point really lose you the chance to interview for your dream job? Well, there are some good practical reasons to make sure your formatting is in order. If you are evenly matched in terms of experience with several candidates for a potential job, but your resume formatting isn’t perfect, then perhaps an employer can make their short list of candidates to interview by thinking about who has the greatest attention to detail. In some jobs (think editing or medical writing), attention to detail is not just a bonus, it is an essential requirement.

The Disney approach to thinking about your resume helps to ensure that the employers focus on the rich experiences that you have, and the relevant skills you have illustrated in your documents, by trying to make sure that that they don’t think about your formatting at all. Employers don’t really care about the formatting…, up until the point where they notice an issue, and then that might be all they can think about. As soon as employers start noticing formatting issues, they are no longer concentrating on your skills and experiences – the information that will actually get you the interview. You don’t want employers to walk away from reading your resume saying, “those were some nice shapes they used in their bullet points”, or worse, “Why don’t the bullet points line up properly?”. You want them to walk away saying, “Those bullet points really illustrated how effective their analytical skills were”. You have to format your documents so impeccably that no-one even notices all of the time you spent tweaking the look of the text and proofreading for spelling/grammar mistakes. You want the formatting to become the backdrop to the content you want to get across. When employers are immersed in your skills and experiences, they will value you more. When this immersion is interrupted by a spelling mistake or misplaced comma, your theming is ruined, and the key message that you are the most suitable candidate becomes obscured.

The relevance of the content itself is also important. If you were walking around the Africa area of Disney’s Animal Kingdom and you suddenly came across theming that looked like it belonged in Asia, you would certainly notice this fact. And this is a very important aspect to keep in mind as you think about how you are talking about your experiences in a resume. The more you can match your own experiences to the type of experiences that are relevant to the job you are applying for, the easier it becomes for the employer to imagine you in this role. You can do this by adopting the language used in the industry or organization you are interested in to describe your own examples of your skills in action. The best way to get a sense of what language is relevant will be to have as many conversations as possible with people in the type of role you are applying to. By being an active listener during these informational interviews, you can not only get a sense of what skills are valuable in the role, but you will hear firsthand how people talk about using these skills on the job. You can then echo these descriptions when you are illustrating your skills.

Disney knows how to sell their brand and the experiences they offer. You may want to take a similar approach as you market your own skills and knowledge in pursuit of your future careers. Jambo everyone, and we hope to see you at Career Services soon!