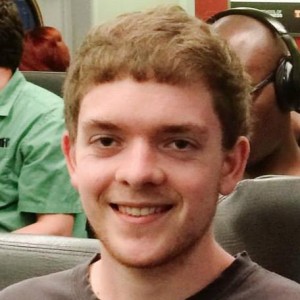 Sean joined AGI in 2015. Prior to that Sean studied Digital Media Design where he focused on computer graphics and game engine design. In his free time he enjoys working on digital art, music, and games depending on what seems interesting.

Sean will be tweeting about his work day on our @PennCareerDay twitter feed tomorrow, February 3rd.  You don’t want to miss it!

This is an interesting time of year for many pre-med students – some are well-entrenched in the interview (and “waiting game”) point of the admissions cycle, while others are gearing up to begin the application process for the upcoming admissions cycle this Spring.  With that in mind, I thought I would share some insights about the medical school application process – as well as the firsthand experience of the first semester of medical school – from a Penn alumna and my former advisee, Lauren Kus ’15.  As an undergraduate student, Lauren majored in Health & Societies (Concentration: Bioethics & Society) and minored in Biology.  She is currently in her first year at Indiana University School of Medicine in Indianapolis, Indiana.

A:        The most enjoyable part about medical school so far for me has been studying subjects that have clear relevance to what I will be doing in my future career. As a pre-med, I felt like a lot of the classes we had to take seemed relatively disconnected from medicine and healthcare. Medical school is very different. Anatomy is notoriously the most daunting class for MS1s, but there was such a clear connection to clinical care that I always felt motivated to study it. You might be able to get through Orgo without fully understanding NMR, but you if you don’t understand the anatomy of the heart, you’ll be in trouble as a future physician.

Q:       In what ways is medical school similar to being pre-med at Penn?  What has surprised you the most about being a medical student so far?

A:        Being pre-med at Penn prepares you well for time management in medical school. You’ll most likely be taking around 5 different classes or subjects. For example, my first semester I took Anatomy, Biochemistry, Cell & Molecular Biology, Genetics, and Intro to Clinical Medicine. It would have been very difficult to manage that course load without the preparation I had from being pre-med at Penn. So, one similarity is time spent studying. You will absolutely spend A LOT of time studying in medical school. For me, it was significantly more than I had even spent at Penn. That was what surprised me the most about being a med student. Just like all Penn pre-meds, I turned down lots of social activities or study breaks in order to get everything done that I needed to for my pre-med classes. I expected to spend about the same amount of time studying in medical school. This was not the case. However, unlike Penn, everyone in your class will be in the same boat. All your friends and classmates will have the same workload, and be forced to spend a significant amount of time studying. So I didn’t feel like I was missing out on other things the way I sometimes did at Penn.

Q:       What undergraduate course(s) and/or out-of-the-classroom experiences have proven to be the most useful to you in your first semester of medical school?

A:        Any class you can take as an undergraduate that you might have in medical school will be helpful. As an HSOC major, I didn’t take a lot of extra science classes. However, my friends in med school who were, for example, Biochemistry majors found some of our intro courses to be more familiar than they were for me. That being said, you absolutely don’t need to take classes ahead of time (I didn’t and it worked out!). Extracurricularly, the most useful experiences I had were those clinical volunteering and research experiences that required patient interaction. In my Intro to Clinical Medicine class, we are tested on patient interviewing skills. I found it much less stressful than some of my classmates who had less past interaction with patients. Getting comfortable with talking to patients, in any capacity, will absolutely prepare you well for your clinical encounters in med school.

Q:       What has impressed you and/or surprised you most about your medical school classmates?

A:        I am both impressed and surprised by the wide range of backgrounds that my classmates come from. As an HSOC major at Penn, I was exposed to a certain “type” of medical student. However, there is no one mold that all med students fit. Everyone comes from such unique backgrounds and my classmates have many different interests. This makes sense, I’ve realized, since all of us will end up going into different specialties!

Q:       Looking back on your own pre-med preparation and the application process itself, what advice would you give to current applicants in the process?

A:        I would say – don’t rush! I applied without a gap year, and found it to be a pretty stressful process. Studying for the MCAT was rushed, and I missed out on a lot my junior year because of it. Senior fall was also a stressful time with applications and interviews. It worked out for me in the end, but I think if I did it over again I might take a gap year. Everyone is different, though, so you should do what works for you and aligns with your priorities. Additionally, I’d say if you’re not entirely sure about medicine, wait to apply. There’s not need to push it if you’re not sure that medicine is for you. I think it would be incredibly difficult to be motivated and successful if I wasn’t 110% sure that medicine was the career for me. Finally, and most importantly, enjoy Penn! My 4 years at Penn were some of the best. However, I think I spent a lot of it worrying about the next step instead of enjoying undergrad. Getting into medical school is a hard road, and being a medical student if tough. You’ll be a happier, healthier, and more successful medical student if you make sure not to burn out before you even make it there.

Be sure you’re following @PennCareerDay tomorrow, Wednesday November 16th to get an exclusive look at the day-in-the-life of a Vice President at Time, Inc! 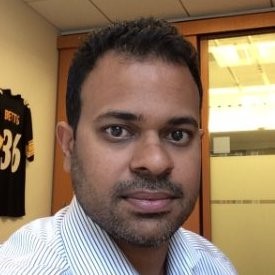 Anup Swamy is a Vice President at Time Inc.  He currently leads Consumer Marketing for Sports Illustrated and SI Kids.  Additionally, he has recently added responsibilities for Consumer Revenue Expansion (e.g. New Product innovation) and Strategic Partnerships across all Time Inc. brands for Time Inc. Consumer Marketing + Revenue.  Prior to joining Time in 2014, Anup was at Bain & Company for almost 10 years, most recently as a Principal in the New York office, focused on Financial Services and Customer Loyalty.  Anup is a graduate of the University of Pennsylvania (BA 1999) and The Wharton School (MBA 2006) and currently resides in the NYC area.

My senior year at Penn was the first time ever that I didn’t have a plan. All I knew was what I didn’t want to do after graduation. I had explored career options within my major of psychology, eliminating one after another. I had considered law school, but concluded that a mountain of debt was too high a price for a degree that I didn’t really want. I thought about publishing, teaching, and advertising, but nothing felt quite right. Then, I heard about an Executive MBA program jointly sponsored by Price Waterhouse (now PriceWaterhouse Coopers) and New York University Stern School of Business. Depending on the semester, I would work or attend classes full or part time, and at the end of the program, I would have an MBA, no loans, and three years of work experience. I had never considered being an accountant, but I mailed a resume, secured an interview, took a train to New York City, and came back to Penn with a job offer. I was a little shell shocked, but it was a plan.

Unfortunately, the plan soon unraveled. I didn’t enjoy the business courses and had no passion for accounting. The months that I worked full time and went to school at night were brutal. I was staffed on a bank merger, working 12 hour days and weekends, leaving work to go to class, and returning to work afterward. I was exhausted and unhappy. And, since I had no time to even think about another job, I simply soldiered on, focusing on getting my MBA. At that time, I figured I could look to move internally to another area within PriceWaterhouse (an advantage of working at a large firm) while I came up with my next plan.

Before that happened though, fate intervened. In one of my MBA classes, I worked on a group project with a woman who was a human resources management consultant. Her job sounded compelling to me, and by the time the class met again, I had updated my resume for her. A few months later, I had a job offer from her firm, the Hay Group. I found the work interesting, and the culture at the Hay Group to be congenial and inspiring. Yet, after five years, I decided to move to a smaller firm where I would have a larger role. That, it turns out, was one of those mistakes that work out for the best. I soon determined that there was no reason to bring my clients to another firm when I could run my own. So, Resourceful Consultants, LLC was born and just four months later, my twin daughter and son were born.

During the next two years, I worked part time, picking and choosing clients that fit my lifestyle. Then, one day, I got a call from a former Hay Group colleague. She had a client who wanted to hire someone to organize a home office. Her words were, “Don’t kill me, but I gave him your number. You should do this.” And, so I did, and I LOVED it. I started calling myself a professional organizer, told everyone I knew, and soon had my second client. That person referred a friend, and each of those friends referred friends, and my business began to grow. Soon, I was meeting with two clients a day, five days a week, helping them organize their homes, offices and lives. In 2011, the NY Times wrote a two-page story about me and my business, and that’s when things really took off. Today, I’m the author of a book (Secrets of an Organized Mom), and have appeared on The Today Show, Inside Edition, Good Morning America, Fox News, and New York 1. In addition to the NY Times, I’ve also been in the New York Post, Real Simple, InStyle, People StyleWatch, Family Circle, Better Homes and Gardens, AARP Magazine, and O Magazine among other publications.

When I entered my senior year of college, I had never taken an accounting course or heard of a professional organizer, so every job I ultimately held was unimaginable to me at the start of my search. I hope sharing my path will help others realize that it’s completely normal not to know exactly what you aspire to be. I’ve heard it said that if you do what you love, the money follows. I’ve also heard it said that if you love what you do, it’s not work. Both of those sentiments apply to my career, and I hope one day to yours.

Highlights from our Faculty Conversations program, “Preparing for Your First Year as a Faculty Member,” for graduate students and postdoctoral fellows going into academia.

More videos exclusively for graduate students and postdoctoral fellows can be found on our dedicated channel!