With apologies regarding my thoroughly unscientific method, I want to share some of the input offered by you through my survey “What Is Work?” (still open to anyone who wants to complete it).

I asked respondents to define work ranging from “to earn a living” (1) to “a purposeful calling” (7) with “an even balance between the two” (4) in the middle. The ideal vs. realistic definitions of work swung from ideal being at the higher end of the scale—just above “an even balance between the two” (4.48)—to the realistic being closer to the bottom—near “to earn a living” (2.94), with over 50 percent of the responses being a 1 or 2.

This wasn’t a surprise. Most of us want and seek meaningful work but must balance that with the necessity of earning a living. The open-ended responses were more interesting.

The actual responses ranged from bluntly realistic to idealistically hopeful:

Thanks for your input! (The overwhelming majority of respondents were Penn undergrads but also included a handful of others (people employed full-time at Penn or elsewhere).) I find articles, opinions, and artistic creations about “work” very interesting and apropos—given my own work as a career counselor—and I’ve enjoyed sharing current Philadelphia artistic endeavors about work in two blog posts this year.

I have always had a curiosity about people and how they see their place in the world. Perhaps that’s why I’ve landed at Career Services.  Twenty-two years ago, I was preparing to graduate from Penn and start my first “real” job, as some of you will do soon.   When I received my degree in Computer Science, I never expected to come back to Penn to work, or to be a career advisor.   I must say, though, that I have always had an interest in the world of work even as it relates to my family.  My mom is a retired social worker who touched the lives of her elderly clients.  My dad was a technician who envisioned how electronic components could come together to create useful tools.  My grandfather was a farmer who put his hands to the dirt and tractor to sow and reap. My aunt and grandmother were nurses who graced bedsides and operating rooms to care for patients.  A couple of my uncles were cab drivers who guided many travelers in the Bronx.  These jobs sound pretty concrete, right?  So what was my first job coming out of Penn?  A consultant.  Had my grandfather been alive at the time, his first question would have been — “What in the world is a consultant?”  All I know is that it seemed like a good gig at the time.

As time went by, I noticed a growing restlessness about my sense of purpose as it related to my career.   My church and community involvement was certainly a catalyst for my eventual transition to the non-profit sector as I had felt increasingly more fulfilled in my roles outside of work.  In spite of this, I have no regrets about my first job because I discovered a lot about what I want and don’t want in a career.  I liked certain elements of consulting.  I enjoyed helping clients in ways that required intellectual curiosity and allowed exposure to a variety of areas.   Consulting also challenged me to learn and adapt quickly and project more confidence about my abilities.    My colleagues were smart, friendly and motivated, but it was hard to forge strong collegial relationships given the need for consultants to move from client to client.   In retrospect, I realize that having a sense of community at work was and still is important to me.   When I found out about a Career Counselor position at Career Services twelve years ago, I was drawn to the opportunity to continue my advisory work in an environment that is more compatible with my work values.

All of this is not to say that one can only find meaning and purpose in a particular field or sector.  My point is that your first job will not define your entire career, but it can potentially be a springboard for cultivating self-discovery that will help you to progress in your development.  As you enter the next phase of your life in the world of work, make sure to take the time to reflect on lessons learned on the journey.

‘Tis the season for many holiday specials, including one of our favorites, Rudolph the Red Nosed Reindeer, which has a surprising number of career parallels–okay, maybe only if you’re someone who works in Career Services which, after a time, causes you to see career parallels in everything.

From our island of misfits to yours, enjoy your holidays, watch many cheesy holiday specials (Anne recommends Year Without a Santa Claus), and come back to campus refreshed and ready for 2012. 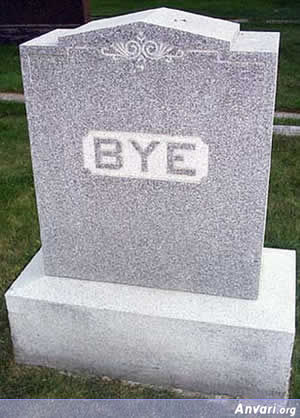 Whether you are exploring careers, conducting a job search, or contemplating a career change, self-assessment can energize the process.  Begin by reflecting on your previous jobs, projects and activities. Don’t limit yourself to the experiences which seem most related to your immediate career goals.  Try to move beyond occupations and job titles. Take a look at your resume or CV and go line by line. Identify where you made the most impact and what gave you the greatest sense of fulfillment.

Next, you’ll want to pinpoint skills that emerge from these experiences. Chances are that these skills can transfer to a variety of career options.  For example, research skills could be applied to meaningful work in any number of areas such as academia, program evaluation for a non-profit, or marketing research for a corporation.

In addition to skills, think about what you valued in past experiences in which you found meaning and success. Identifying your work values will help you to consider the work environment which is the best fit for you.  In other words, you could perform the same job in two different settings but find that you thrive much more in one setting than the other.  What about your interests? Perhaps they would provide clues as to what’s next on your career path.  It may be that you decide to try out some career options by way of internships, volunteer work, or short-term projects to tease out all of this information. There’s nothing quite like hands-on experience to provide a fresh perspective.

Finally, you will need to consider the current priorities in your life and how they relate to your job search.  Are you willing to relocate or do personal commitments limit your geographical options? How do your immediate financial needs affect your choices?

You will find that self-assessment not only helps you identify potential career paths, but prepares you for next steps in the job search.  Your networking meetings will be more focused and fruitful because you have done your homework.  Your resumes, cover letters, and interviews will be more compelling because you have taken a thorough inventory of what energizes you, what matters to you, and what you have to offer.

In addition to our Career Discovery webpages, there are a number of tools and inventories that can help you facilitate the self-assessment process.  As always, Career Services advisors are available to provide guidance as well. Enjoy your summer!