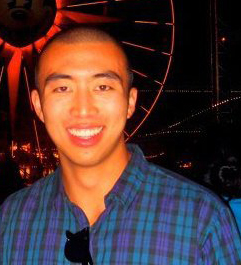 On September 22nd, we welcomed Suresh Nair from Grey Group to discuss careers in advertising.  To continue to learn about this path and the range of opportunities available, we will feature Justin Ching, SAS ’11, to @PennCareerDay on Twitter on Wednesday, September 28th. Justin has been with Google since July 2011 and  will discuss what his day is like working in advertising with this leader in technology. Read more about Justin below, and remember to follow him on the 28th! Justin Ching graduated from the College of Arts & Sciences in 2011 as an Urban Studies Major.  During his time on campus, he was Director of The Excelano Project, Penn’s premier spoken word poetry collective. In between school years, he interned in Integrating Marketing and TV Research for Disney|ABC Television Group. Justin now works for Google Inc. as an Agency Strategist for their Global Advertising division.  Most recently, Justin has also taken a role as a Project Lead for Google TV Marketing.