‘Tis the season for many holiday specials, including one of our favorites, Rudolph the Red Nosed Reindeer, which has a surprising number of career parallels–okay, maybe only if you’re someone who works in Career Services which, after a time, causes you to see career parallels in everything.

From our island of misfits to yours, enjoy your holidays, watch many cheesy holiday specials (Anne recommends Year Without a Santa Claus), and come back to campus refreshed and ready for 2012. 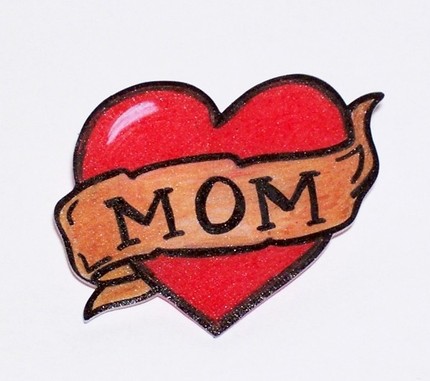 The good news is that the job market for new college graduates is not as bad as the press is reporting, or rather, it’s not as bad for Penn grads. Quite the contrary, the 2011 grads did well in the job market, and while some sectors have reduced their interviews, others are ramping up.

But the less good news is that the market is still very competitive. Employers have their pick of good candidates. That means you have to make a strong first impression, and to present yourself as professionally as possible.

Last week I received an email from a student at another university, who was writing a paper on tattoos in the workforce. She asked me questions I couldn’t answer, such as, have tattoos become more acceptable in the last ten years. I suspect the answer to that is yes, but a very qualified yes. A Vault.com survey from 10 years ago found that almost 60% of employers said they were less likely to hire a candidate with tattoos or piercings. Maybe fewer feel that way now. A quick search didn’t turn up more recent studies. But even if that percentage has been reduced by half, about one in three interviewers will still reject you if you have tattoos.

What that means for job hunters is this: as far as employment is concerned, think twice before getting a tattoo in any place that is visible when you are dressed for a summer’s day. While certain fields, such as the arts, may be more accepting, I would not take the risk.

If you already have a tattoo, my advice is to cover it up during the interview process and, at least initially, in the workplace. This assumes your tattoo is not offensive. If anyone could be offended, keep it covered up at all times. (And if you have multiple piercings, remove some of your rings too, but that’s a subject for another blog.)

Employers are looking for new hires who will fit in with existing staff, and who will represent the organization well with clients or others in external organizations. They may personally not object to tattoos, but don’t want to risk offending clients. So before you do something you may later regret, think before you ink. 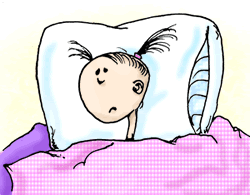 What should you do if you are sick on the day of an interview?
Recently I chatted with representatives at a career fair on what happens if candidates are sick the day of a scheduled interview.  I don’t mean “on your deathbed,” but generally feeling unwell due to the average flu or cold.   Canceling a Career Services appointment is one thing – I appreciate when students get in touch when they are really sick and stay home, rest, and reschedule for a later date or call-in for their appointment instead (yup, we do phone appointments).   However, an interview with a potential employer is much more “high stakes” – you are trying to show professionalism, and there are a limited number of opportunities to do so in a job search.

Overall, given the conversations I had with employers, my advice is that it is best if you show up for the scheduled interview, but it might depend where you are in the interviewing process.  If you have made headway and have already had an interview round by phone or in person, it might be okay to ask if you can reschedule an upcoming in-person appointment. However, the overall message I heard from your potential interviewers is go through with the interview, even if you don’t feel well, rather than cancel, reschedule or otherwise not show up.   One recruiter said that when she hears from people who call to say they are sick and wanting to cancel or change the date, she might not entirely believe them.  Conversely, she suggested if you show up, even if you are sick, people will be “more understanding.”
Other recruiters also suggested doing a phone interview might be a good alternative (especially for a first round interview). That mode of interviewing has its limitations compared to being face-to-face with your interviewers, but we have some tips for managing phone interviews here and in another blog post.

My colleagues (other Penn career advisors) had a few more points to add in the way of advice. You will note there is not complete consensus on the issue of handling a mild illness when you are interviewing, except for the last suggestion – prevention:

Finally, and most importantly!

If you value communication, creativity, and working with the media and public to get the word out, then public relations may be for you.  On Wednesday, October 26th, 2011 we welcome alum Meagan Sloan to @PennCareerDay on Twitter.  Public relations is a field where social media has grown in popularity thanks to the variety of tools it offers to this industry. We’re excited to have Meagan post to give you an inside look at what her day is like in the current communications climate. To learn more about Meagan, read her bio below and follow her on the 26th!

As an Account Executive for Brownstein Group’s PR team, Meagan is responsible for day-to-day account activity for clients such as TireVan, Harcum College, and Craiger Drake Designs. In addition to executing public relations tactics for these clients, she also provides support across other PR account, gaining experience in a variety of industries, including real estate, education, non-profit, and consumer products. During her time at Brownstein Group, Meagan has assisted in social media and media relations campaigns, securing placements in a number of local outlets, such as The Inquirer, Philadelphia Business Journal, Philadelphia magazine, Metro and local broadcast affiliates.

If you would like to learn more about a career in public relations, visit our resource page for this field here.

Starting the week of September 26th, the Grad & Postdoc team kicked off their annual event, the Academic Career Conference, for the graduate students and postdocs here at Penn.  The whole week, we have been highlighting resources through our social media channels on the academic job market.  To shed additional light on life in academia, we’re excited to have alum Stephen Schueller, Ph.D, contribute to @PennCareerDay on Twitter on Thursday, October 6th.   To learn more about Stephen, please read his bio below, and remember to follow him on the 6th! Stephen Schueller (Ph.D. in Psychology, Penn’s School of Arts and Sciences ’11) is currently a postdoctoral scholar at the University of California, San Francisco in the Department of Psychiatry.  He started his graduate work at Penn in 2005 after receiving his bachelor’s in psychology from the University of California, Riverside. During his undergraduate, he worked as a research assistant studying happiness from a psychological perspective. At Penn, he trained as a researcher and clinician while working towards a doctorate in clinical psychology.

Through his research and clinical experiences, he became convinced that psychological treatments reach far too few and that expanding the reach of psychology would involve not just training more psychologists but creating innovative interventions. These interests brought him to UCSF Medical School. As a clinical researcher at UCSF, he has the opportunity to conduct research in an applied setting. He provides individual and group therapy in the public sector at San Francisco General Hospital. His current research studies the use of the Internet and health information technology to provide interventions that promote psychological health and behavior change.