Success stories like those of Steve Jobs or Mark Zuckerberg are all around us. Students dream about creating the next revolutionary product like the iphone or the industry-changing company like Amazon. What we talk about a lot less often are the many missteps that frequently come before someone’s big break. These setbacks deserve their day in the sun, not only because they are a normal part of life (we can’t win at everything all of the time, afterall!), but more importantly, because of all that we learn from them.

As seen in a recent Washington Post article, a new “Failure Museum” in Sweden has taken this message to heart with exhibits featuring some of the most famous brands’ biggest product flops: Heinz’ “green ketchup,” Pepsi’s crystal clear soda and the Harley Davidson perfume, to name a few! Far more than a quirky tourist attraction, this museum offers the opportunity to really teach patrons a valuable lesson: that behind every great success is often a series of mistakes. In fact, some of the most successful products of their day were initially meant to be something else. Far from being developed as a new children’s toy, what we know as Silly Putty was created by an Engineer in the hopes of developing a form of synthetic rubber. Bubble wrap was first marketed as the latest craze in textured wall paper! What made these products ultimately successful was not the product itself, but the ability to adapt the failed product for a new purpose. In other words, to see the potential, switch gears, and be flexible (and courageous) enough to move in a completely new direction.

In the Ivy League world of Penn, there is so much pressure on students to be successful that so many people seem afraid to make a mistake, let alone talk about them. Ultimately, this unwillingness to take risks, adapt, and forge a new path may be preventing success. Increasingly, employers with whom we meet stress the value of being able to overcome obstacles. One of the reasons that “Tell me about a time when you failed at something” is such a popular interview question is because employers genuinely want to know how you deal with difficult situations and, most importantly, what you learned from them. So, my biggest piece of advice to students this summer is to embrace the missteps. I am a firm believer that they are often a key ingredient to the sweetest success! 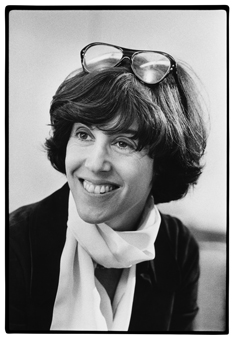 I have been overwhelmed this week and last with the large number of remembrances that have been published following the death of Nora Ephron. Ephron, for those too young to know, had a distinguished career, or actually, four careers. She was a journalist, a screenwriter, a best-selling author and a film director. She wrote the screen plays for Silkwood, When Harry Met Sally, You’ve Got Mail, and Julie and Julia (the last two she also directed), among many others.

All her films and books have been praised in the obituaries and tributes, but an equal emphasis has been placed on her ability to make friends, many friends. She seems to have been at the center of New York literary and film life, with writers and actors and journalists all citing her good humor, her energy, and her perseverance in the face of a fatal illness. Many people were unaware she was fighting leukemia until the very end: she didn’t call attention to herself, and she didn’t whine.

Somehow despite her busy schedule and many projects she found the time for other people. She helped others, mentored younger women, and shared screen credits with those just starting out who needed a leg up. Her legacy of numerous deep friendships stands as high as her artistic output. Her generosity towards others lives on as a testament to her success as a person.

Most of us would be lucky to achieve a tiny fraction of Nora Ephron’s career success. We may not have her energy or remarkable wit, but we would all do well to emulate her warmth, her caring, and her generosity. When all is said and done, that is what counts.