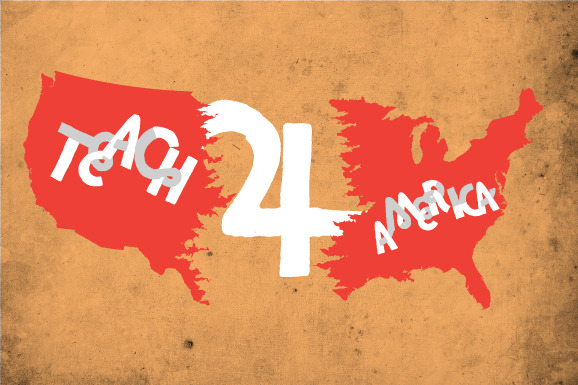 When I was at Penn, I had a certain routine: up at 9, class, gym, library until 3. A late lunch with friends, then into the Daily Pennsylvanian offices to report, write, and edit until the wee hours. I’d break for dinner around 7, return to the office, go home around 12:30, catch up with roommates, do homework, and send emails until about 2:30, when I’d crash. Lather, rinse, repeat. I loved it.

Now — two months into my second year teaching in D.C. through Teach for America — I can’t give you a daily schedule. I have the broadest strokes: Up at ten till six, at school by seven, and the kids come at eight. After that — who knows. While there’s an academic schedule, no two days even resemble one another. Some days, my math lesson goes amazingly, and every one of my 23 kindergarteners can count to 20 (trust me, it’s a big deal). Other days, there’s a tough-tough-tough conversation with a parent, an administrator, or a social worker. Or there’s an earthquake. So it  goes. It’s an experience unlike any other, and one that I’m incredibly proud of doing on a daily basis.

I joined TFA immediately after graduating Penn in 2010, surprising even my closest family and friends. In September of senior year, excited and anxious about the future, I’d decided to apply. I wanted to try something new, to push myself farther: It was time to put myself in a situation that was bigger than me, one that made an impact in the world. I also was struck by how unbelievably lucky I’d been to spend four years at Penn, for being from a family with the savvy to make that happen, even if we didn’t have the resources. I wanted to give back. Like most major life decisions, it wasn’t exactly planned, but in retrospect, it made perfect sense.

Everyone I’d asked about TFA said, “It’s the hardest thing I’ve ever done.” While I appreciated the enormity of the work, I also saw the phrase and the sentiment as partly cliché: If closing the achievement gap were easy, obviously it would have happened. Of course it was tough. I was expecting hard and frustrating and a learning curve on teaching. I was expecting to experience situations that I had never encountered. I was expecting steep statistical odds and long nights and a struggle.

But I was not expecting the crash course in emotions, acceptance, and letting go. It’s all in how you look at it. Nothing can ache more than watching a child, who you see every day, who you taught to do multiplication and whose shoes you tie and whose milk you open, not getting what she needs and deserves. But nothing can bring you as much joy as that same child figuring out how to really do subtraction for the first time. Nothing is more frustrating than seeing a student dealing with a situation that can’t be fixed through hard work and strategizing, but nothing is more empowering than seeing that student learn to read, count, and think independently. Even just eight weeks into the school year, I can already see enormous growth in my five-year-olds. Seeing my hard work pay off in such a concrete, immediate and life-changing way — so soon after leaving college — is a rare and amazing privilege. It’s that ability to affect change in my students’ lives that keeps me going on a daily basis. “One day all children in this nation will have the opportunity to attain an excellent education.”

Before joining the corps, the mission statement (above) was all I knew of Teach for America. Did I want to help? Sure. Did it seem easy? More or less. In the end, looking back on two strenuous, but fulfilling years, I feel like I did the mission some justice.

As an undergraduate business major at Pitt, I truthfully had no idea what I was going to do and where I was going to end up. I was applying for jobs that appealed to my major, but that didn’t appeal to me.  It was during this time of soul-searching, that I came across an opportunity that I knew nothing about, but seemed like it may give my career more purpose.  After a lengthy, three-part application process, I made the cut.

My assignment: Up and move to Charlotte (you rank your cities, I was thrilled about Charlotte, not the move) and take on an entire class of 1st graders with zero experience.

My preparation: Make a pit stop in Atlanta for a 5 week, intensive, hands on boot camp, teaching summer school.  The end goal of which was to get my group of students into the glory land of 6th grade (very happy to report that they made it).

My experience: From day one in the classroom, I knew I had underestimated my role.  To start, 20 six-years olds depended on ME to make them ready-minded 2nd graders, while simultaneously teaching them everything about everything.  Did I accomplish this? According to the data, yes. Was it simple? By no means. Did I fall in love with all 20 of these little rascals? 18 (not all of them were angels). It is now crystal clear to me why teachers have a summer vacation.

My motivation: The moments when the missing pieces of the puzzle fell into place; when Ke’Shaun stopped writing his letters backwards (even the word pizza was incomprehensible), when Raeven told me she wanted to be an author (that girl loved telling tales), when Maia became a math whiz and champion of Addition Wars (the kids preferred this game to recess, she was the fastest adder in the class!) and when Sade’s mom told me she wanted to be a teacher just like me.

My aftermath: In hindsight, all jokes aside, Teach for America has been my single-most meaningful experience to date. Do I recommend it? Yes, to those who want to be the change that shapes the minds of our youth and the force that strengthens our education system.

Last week, in his New York Times Economic Scene column, David Leonhardt discussed recent research out of Harvard on the importance of a strong kindergarten teacher.

What makes this research different is that it was conducted by economists, who looked not at the short-term effects (test scores and the like) but at the earning power of subjects in their twenties.  And they found (doing follow-up on a study from the 80’s) that a 5 year old with a good kindergarten teacher then was making $1000 a year more now than a comparable student whose kindergarten teacher was not classified as “good.”  Thus the economists predict that a standout kindergarten teacher is worth $320,000 a year, if you take the increased earnings an entire class will amass over their careers.  Such economic benefits are substantial, and cannot be overstated.

Leonhardt goes on to advocate for higher pay for teachers, and while I am in favor of that, it is not my point here.  Rather it is to thank all those who choose teaching for a career: my mother and my own teachers, long since retired and many deceased, my children’s teachers at Germantown Friends School, starting with their own kindergarten teacher, a wonderful man who was indeed a standout, and all our Penn grads who are now in the classroom, including those who learned their craft at the Graduate School of Education, and the many other Penn alums who have chosen teaching as a career, or have decided to begin their professional lives in teachers’ corps programs like Teach for America.  We are proud of our 43 Class of 2010 alumni who are busy preparing to enter the classroom this fall with TFA.  All of you will have a lasting effect on your students’ lives – and maybe even their paychecks!