A quote that’s resonated with me since my days of volunteering during high school is,“Service is the rent we pay for the privilege of living on this earth.” This was a time when I wasn’t working full time or commuting almost 2 hours a day. It was easy to candy stripe at my local hospital and ship out care packages to soldiers at my church when I had a less stressful schedule.
Though many of us have the desire to volunteer, we do not all have schedules that allow us to spend a few hours at a soup kitchen or to work at a construction site on Saturdays with Habitat for Humanity. Fortunately, there is another way for the civically motivated individual on the go to get involved!
Last year I volunteered with an online mentoring program, In2Books, which matches adult volunteers with elementary school children to discuss books assigned by their classroom teachers. The volunteer’s job is to foster a thoughtful discussion about the books through email in hopes of improving students’ critical thinking skills, writing abilities, and literacy. Throughout the school year volunteers are expected to exchange at least 2 letters per assigned book, so about 10-12 letters, more if you have time.
In2Books is flexible because you can read your book (typically less than 100 pages) on the train or at lunch and then email your pen pal at your leisure. There are email prompts if you’re struggling with topics and also a list of key vocabulary words from the book to incorporate in your email.
For busy Penn students juggling sports practice, double majors, hours in the lab, or work study positions, finding an electronic volunteer position can be a great option. Though volunteering online doesn’t provide the same opportunity to make immediate transformations or connections, like weeding a community garden or spending time at the Ronald McDonald house, my In2Books experience allowed me to stir the curiosity of my pen pal and share my enthusiasm about reading and writing with a captive audience.
As Martin Luther King said, “Everybody can be great because anybody can serve!” With the internet possibilities are endless, so just because you don’t have traditional hours to physically show up with someone, you can definitely find a gratifying volunteer opportunity online! 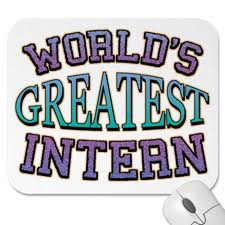 Many of you are well-entrenched in your summer internships at this point…hopefully happily engaged in projects and getting adjusted to the work culture. Such summer experiences often provide wonderful opportunities to learn new skills, build your resume, and network with professionals. They also allow you to see if a particular job or industry is a good fit for you personally and if it aligns well with your skills, interests, and personality.

For those of you (particularly rising seniors) in structured internship programs, the summer also often functions much like an 8 or 10 week job interview. While you are assessing the employer, the employer is also evaluating you on a daily basis to see if they want to offer you a full-time, post-graduate position. This is your chance to really shine – to show you are competent, a team player, articulate, and a good overall fit with the organization.

I attended a meeting last week comprised of recruiters from most of the large investment banks in New York and college career counselors from the Ivy League institutions. This is an annual meeting and provides a great opportunity to network, learn about trends, and generally discuss any concerns that might have cropped up over the course of the year…and did the recruiters express concerns this year! It seems that the summer interns at the banks have been making some major mistakes. (The complaints were not of ALL interns nor were they Penn specific, but they were shared by all of the recruiters present.) Here are some of the things they mentioned interns doing during the first few weeks on the job:

Some of these things may seem minor and students often believe they will go unnoticed. They do not. Everything you do during the summer is carefully monitored by most employers and play into your final evaluation. It is up to you to put your best foot forward if you hope to receive a full-time offer….work hard, pay attention to the company culture and norms, network, and ask for projects if you have extra time. In sum, do everything you can to show that you can be a real asset to the organization. If in doubt about anything, don’t be afraid to ask questions. The more feedback you can get early in the summer, the better you will fully understand and be able to meet the employer’s expectations.

Best wishes for the remainder of a productive and fun summer!

The Olympic Track and Field Trials is going on these two weeks where athletes compete for spots on the U.S. Olympic Team. The U.S. can send the top three in each event to the Olympic Games in London. Last night, there was a tie for third place and the last qualifying spot in the women’s 100 meters race. Allyson Felix and Jeneba Tarmoh (who happened to be training partners) ran exactly the same times, and in photographs of the finish, it was a dead heat. Who won the race was not controversial — they definitely were tied. And the rule book has no tie-breaker procedures. The officials will sort things out in the coming days and weeks.
I’ve been thinking of these two athletes and what they must be going through. They are both disappointed that after training for the Olympics for years and running several heats and the finals of this race, they still don’t know if they got the job to represent the U.S. in London. They are so close to making the team. There is one more spot for the job, and they might flip a coin for it (seriously), some time later. And they have no control over the procedures. They just have to wait.

Does this sound familiar to you? Have you ever applied for an internship or a job, thinking that you’re qualified for it, knowing how wonderful it would be to have it, hit it off with all of the interviewers, and then was told that the employer doesn’t have a decision yet? Maybe they even told you that you’re a terrific candidate, but there are many great candidates for one job. What should you do?

What did Felix and Tarmoh, who are at the top of their field, do? Call the USATF incessantly?  Sit at home and complain about why they can’t make one more qualifying spot for the country with the greatest sprinters outside of Jamaica? Conclude that the system is not meritocratic? Just wait it out? No, they went back to practice this morning to focus on their next event, the 200 meters, where they will have another chance to qualify for the Olympics. They are not wasting time guessing what will happen to the 100. They are applying for another great job. 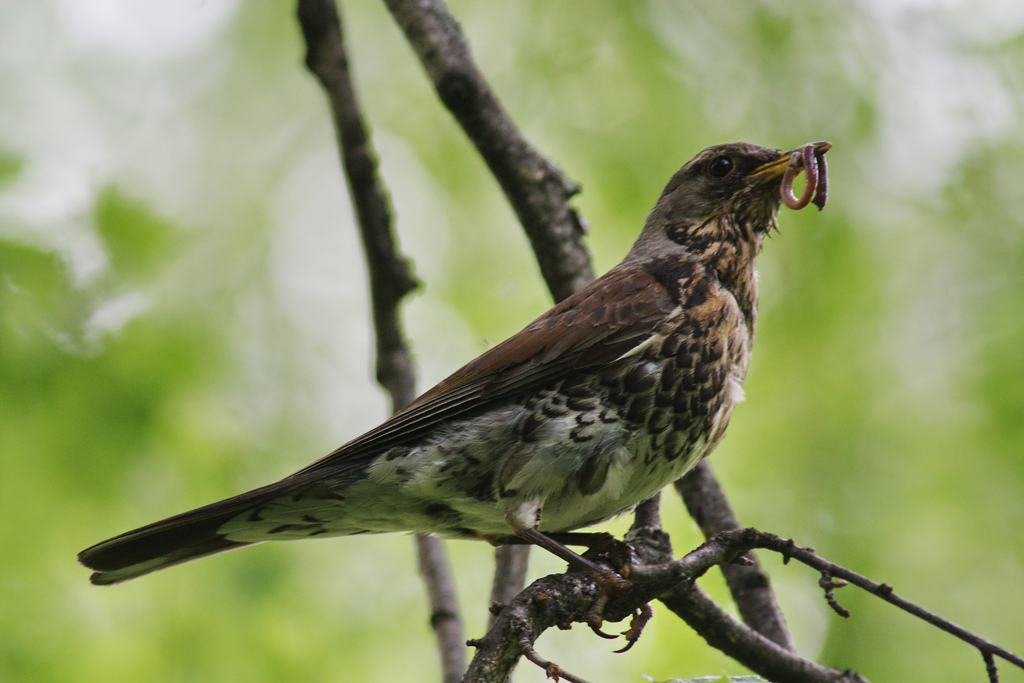 Everyone says applying to medical school early is important — the medical schools, your pre-health advisors, the online admissions sages, the private consultants, the guide books, and your cousin/sister/uncle in the field.  But how early is early?  And is it important to be the earliest?  We recommend submitting your AMCAS by mid-July.  Mid-July is fine, but you will feel nervous waiting for your secondaries while everyone else is completing them.  Do not submit in August.  Every year we work with applicants who submit in August and do not get in simply because they were late in the process.  Applicants with very strong applications.  Secondaries should be turned around in a timely manner and we suggest within two weeks.  The letter packets from the University of Pennsylvania go out in August (If that freaks you out, remember that your secondaries are not returned until around then either.  Nobody is waiting for letters of recommendation before they review the AMCAS, which can take up to 4 weeks to process and verify.)

So, you may be thinking, if it important to be early…isn’t earlier better?  Isn’t the earliest the best?  Won’t I have the best

chance of being invited for an interview if I am very early?  It doesn’t really follow unless you assume medical school admissions staff believe that their strongest applicants apply first.  Of course, they will want information early because they have a lot of work to do and there can be unexpected problems that slow down the process.  But it doesn’t mean you are “hurting your chances” by taking the time you need to submit a polished application and thoughtful secondaries.

Yes, it is important to apply early, but it isn’t a mandate to do everything as quickly as possible under extreme stress.  It isn’t a race (although it may feel that way sometimes).  Losing sleep because it feels like others are “ahead” will not help either.  Staying organized and focusing on your application is all you can do.  Rushing through secondaries will not help.  Be early, but be good, and have faith that medical schools need the information in a timely fashion but are committed to identifying the applicants who are the best fit for their program.

Networking is a funny old game. The proactive steps you take to reach out to people you think can offer you great insight into future careers can be filled with obstacles and barriers. Here are some common ones:

A fair proportion of all of your networking outreach efforts might not initially succeed through no fault of your own. Like I said, it’s a funny old game, and you’ll win some, and you’ll lose some when it comes to successfully making connections with people. Whatever your success rate, setting aside time in your busy schedules to be able to make contact with people with similar backgrounds to yours, but who are now in various different careers, will be a very valuable investment. Your future career planning may be based on the perspectives you gain from talking with people who look like they might be doing the kind of job you would like.

And then there is your new lab mate’s father. This is a true story. A postdoc I met with recently has been exploring consulting jobs in an international setting, and was having a hard time connecting with people who have worked as consultants in one specific country of interest. Networking effectively when the chances to physically interact are very limited adds another level of challenge to this endeavour. And then one day, as the postdoc was chatting with a new arrival to her research lab, she happened to mention her interest in consulting as a future career path. Lo and behold, the new lab mate not only stated that her father had been a consultant, but added that he actually had some experience in the geographic region that interested the postdoc.

This is the pure-blind-luck approach to networking – an added bonus you can sometimes get if you also spend time being proactive in your outreach, and setting yourself some networking goals to accomplish. Since people generally like to be helpful, if they know how they can help you then chances are they will. However, if you haven’t clearly articulated the information you seek, or the help that you need, then no-one will be able to offer you their valuable insight, and the even more valuable access to their own network of contacts.