While it may seem like everyone in your Organic Chemistry class is pre-med, pre-dental is another common path for lovers of science with a passion for health care. Here are a few traits we see in pre-dental students.

You have the “gift of gab.” Do you enjoy making personal connections with people? Does the prospect of developing long-term, continuous relationships with patients appeal to you? Many dentists spend more than 30 minutes with a patient in a typical appointment, and see the same patients regularly over many years, making the profession a good choice for extroverts with top-notch communication skills.

Fine motor skills are your thing. Dentists spend hours every day using their hands. So, it is no surprise that dental schools enroll students with manual dexterity skills that are transferrable to the practice of dentistry – such as visual artists, engineers, pastry chefs, and even car mechanics. As I learned on a recent visit to a state-of-the-art hands-on simulation lab at a dental school, very fine motor control and excellent hand-eye coordination are essential.

You are intensely curious and enjoy creative problem-solving. Does tackling scientific questions excite you? A successful dentist must be adept at clinical problem-solving, which frequently requires thinking outside-of-the-box. This is one reason abstract thinkers, engineers, and philosophy majors may be drawn to this career.

Whether you have known since you had your braces removed that you wanted to become an orthodontist or you just recently started to consider dentistry as a career, take time to explore the field now. Get outside of the science classroom and into a dentist’s office. Shadow a variety of dentists to gain exposure to the breadth of dental medicine – from general dentistry to one of the nine specialties.  For more information and resources, see our webpage for pre-dental students.

Interview season has begun for medical and dental school applicants. Here are five things that you can do to prepare for a traditional medical or dental school interview. (For advice on preparing for a Multiple Mini-Interview, please see this blog post.) 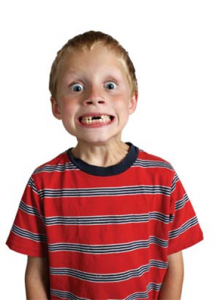 Most of all, try to relax, be yourself, and let your enthusiasm for the school and the profession come through!

Are you wondering what to do during your gap year(s) before enrolling in medical school? Check out to this report from National Public Radio about the recent boom in medical scribe positions:

Paper records are falling by the wayside as medical electronic records have become mandatory under federal law. Doctors now have to input their notes into a computer to create a permanent digital record. Medical scribes assist with this time-consuming task by taking electronic notes alongside a doctor during her interactions with patients. As the NPR story highlights, medical scribes are in high demand these days with scribe staffing companies expanding. If you’re looking for extensive exposure to patients and physicians, this could be a rewarding and challenging gap year position for you.

The personal statement can be the most daunting part of an application to professional school. What do I write about? How do I eloquently convey my thoughts? How can I possibly stay within the stated space limit? Here are 4 quick tips to help you make the most of this opportunity to share yourself with the admissions committee.

We in the pre-professional team here in Career Services are happy critique your personal statement and provide you with feedback. We also offer Personal Statement Workshops; you can find the dates and times on the Career Services calendar:

If you’re considering applying to medical or dental schools, you’ve probably heard of the Multiple Mini-Interview (MMI). As an increasing number of schools adopt the MMI format this year, it’s important to understand the new format and be prepared if you are invited to an MMI interview.

What is the MMI?

The MMI is a health professions school interview format that originated at McMaster University’s medical school in Canada over ten years ago, and aims to more accurately predict an applicant’s future clinical performance as a physician (as compared to a traditional interview format). In the MMI format applicants respond to a series of scripted questions at timed interview stations. If you have an MMI interview, expect to rotate between 8 to 10 stations. At each station you will be given a set amount of time – usually 2 minutes – to read a passage and formulate a response. Then, you’ll be given an additional amount of time – usually 8 to 10 minutes – to respond before moving on to the next station. At each station you will encounter a different interviewer who will score you based on your response at that station.

Interviewers may be physicians, medical residents, lawyers, nurses, hospital administrators, or even patients – reflecting the interdisciplinary nature of health care teams in today’s world. The questions are designed to address specific skills, such as problem-solving, cultural competency, teamwork, empathy, professionalism, interpersonal skills, ethics, and stress management – not necessarily scientific and/or medical knowledge. Because most of the questions ask you to respond to a situation or an issue, the MMI format provides fewer opportunities for you to talk about your own application and experiences. Although, one station may be devoted to a traditional interview question, such as “why do you want to be a physician?”

For more descriptions of the MMI format and why medical schools are adopting it, take a look at this New York Times article and this article from Stanford School of Medicine.