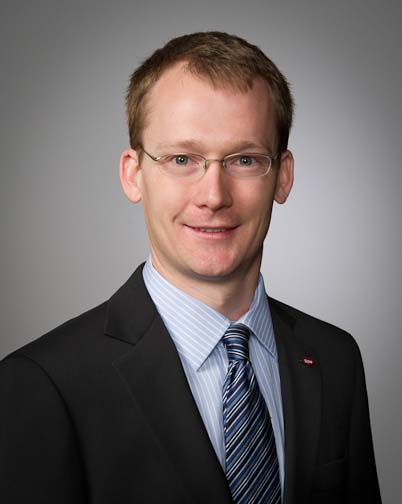 There are a wide range of opportunities for alumni, undergrads, grads and ph.ds alike.  This semester we have highlighted a ton of these options through our alumni on @PennCareerDay.  To check out their feeds, visit our Storify page here.  We are excited to wrap up our semester by looking at life in Business Development at The Dow Chemical Company with alum, Matt Quale, on Tuesday, April 24th!  Matt will discuss a day in his life, and will address how he collaborates with Ph.D’s that chose industry over academe.  To learn more about Matt, read his bio below and remember to follow him on your last day of class!

Matt Quale is a Business Development Leader in the Ventures & Business Development group at The Dow Chemical Company.  Matt is responsible for rapidly assessing and cultivating strategically enabling technologies and new business opportunities to drive Dow’s growth strategies.  As the commercial lead on a collaborative team including a technology and finance partner, Matt focuses on the commercial aspects of new business development projects including market evaluation, industry trends, risk assessment and business model development.

Leading up to his current role, Matt graduated from the University of Pennsylvania in 1998 with a Bachelors degree in Chemical Engineering and joined ExxonMobil where he worked on hydroprocessing research.  In 2000, Matt joined the Rohm and Haas Electronic Materials Business where he worked on Product Development, Technical Service, and Plant Support for the slurry products used in processing semiconductor wafers.  Then in 2005 he moved to the Coatings Business where he led two process development groups.   In 2009, Matt received an MBA from Villanova University and became the Global Process Automation Technology Leader for Dow Coating Materials (Dow acquired Rohm and Haas in April of 2009) where he led a global team of Process Automation practitioners.

Outside of work Matt serves on the Penn Engineering Alumni Society Board and enjoys photography, playing volleyball and soccer, and spending time outdoors with his wife and daughter.

An essential part of figuring out if you are really interested in graduate school, and getting advice about how to get there, is to talk to people in the field that you want to get into. If you want to get a Ph.D., it’s vital to talk to faculty in a relevant field. If you’re considering an MBA, for example, it makes sense to talk with people in the industry you plan to go into, to investigate what the MBA will do for you, if there are specific programs to be recommended in your field—and even if you will actually need the MBA at all.

It’s also an excellent idea to talk to current graduate students in the field you’re interested in. They have been through this process of making decisions, and submitting applications, quite recently, after all. They can share their experiences of that—and also let you know what life really is like as a graduate student. A superb resource for Penn undergraduates who want to connect with graduate or professional students at Penn in any of a very wide variety of fields is the Graduate/Undergraduate Mentoring Program, run out of the Graduate Student Center. If you go to www.gsc.upenn.edu/mentoring you’ll find information about the program, and the form to fill out if you want to be assigned a graduate student mentor. It’s a terrific way to meet and learn from someone doing what you hope to do. 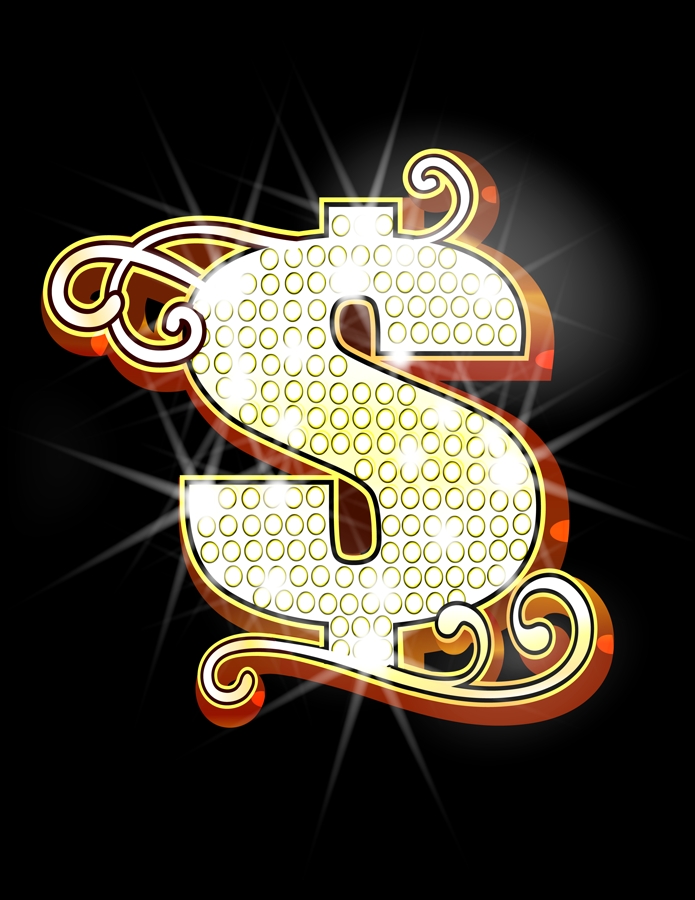 This topic came up recently in a workshop I was leading on job offer negotiations.  I wanted to answer a student’s question regarding how to be sure as a woman, you are paid the same as men by an employer making a job offer.  The answer is… you can’t, even though it has been the law since 1963. BUT, there are things you can do to help with the issue of income disparity, including your own.

Be aware of what is systemic:

Here is information on how to research potential employers. You can also use these tips from LinkedIn, if you have a profile on the site.

Be aware of your own responsibility:

One reason women may not earn as much as men is they may be less likely to negotiate and advocate for themselves. The best time to negotiate is when you have an offer but before you have accepted a position.  Here is more information on negotiating offers.  Learn strategies to negotiate compensation based on your value to the organization and then try.  Learning how to negotiate well is a skill you can use throughout your career – this is important no matter your gender.  Take credit for your own efforts and results, even as you recognize the contribution of others.

Do what you can do to be informed and make change:

Look outside yourself to mentors in your department or company, and through professional organizations such as Catalyst.  Here is a directory of women’s professional associations: http://www.quintcareers.com/womens_networking_organizations.html

Be aware of current data and trends. You can read articles or studies, or support organizations that are making sure this issue is in the news and on policymakers’ radars.  This is a good place to start your research on the topic – Wikipedia’s “Male–female income disparity in the United States.”   Learn about current news such as the Lily Ledbetter case or the recent repeal of the Wisconsin equal pay law.

Whether or not you are worried how the “wage gap” or income disparity will affect you, the idea that you stay informed on trends, that you understand your value as an employee, and advocate for yourself is crucial to your success no matter your career path, field or gender. 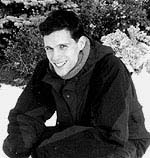 I have my Ph.D, now what? For an insider’s look, we welcomed GSAS ’06 alum, Michael Murray, Ph.D. to @PennCareerDay on Wednesday April 18th.  To learn more about Michael read below, and read his posts from the 18th, check out our Storify account.

Michael L. Murray (PhD, Folklore and Folklife, Graduate School of Arts and Sciences, ‘06) is an English Lecturer in the School of General Studies at Kean University in Union, NJ. As a folklorist, Michael’s research interests are in traditional culture in the American suburb, vernacular art and artists, and public culture studies. But, through various student teaching experiences at Penn and UNC-Chapel Hill (where he earned a master’s degree in folklore), Michael has cultivated a career as a teacher of college writing and a specialist in undergraduate general education. Following his graduation from Penn, Michael served for five years as a Lecturer in Writing at Princeton University where he taught interdisciplinary writing seminars on folklore, ethnography, and cultural studies. And he is an Associate in the Institute for Writing and Thinking at Bard College where he has taught the Language and Thinking Workshop for first-year Bard students and Young Writer’s Workshops for high school students from across the globe.

In his current role at Kean, Michael teaches writing-intensive courses across the curriculum–from writing studies and advanced composition for English majors to general education requirements, such as freshman composition, college success, and world literature. With a training in folklore and ethnography, Michael routinely draws on skills and methodologies he gained in the study of expressive culture at Penn to develop his teaching, as well as find his “way” as an interdisciplinary scholar in the disciplined world of an English writing program. 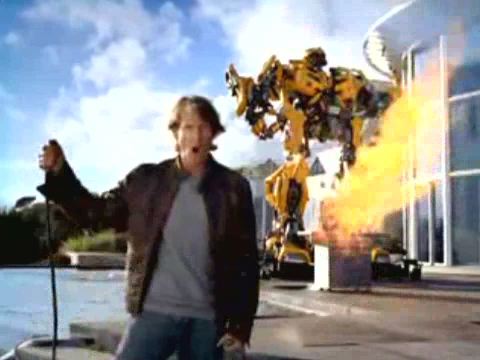 It has been a busy spring semester so far, but I have had a few evenings to relax of late now that I have completed some of my little side projects. It is also spring break at Hunter College (CUNY), where I teach a course as an adjunct assistant professor, and this has provided me with some additional free time. As I was finishing up the last of the egg-shaped chocolate around my house, I decided to catch up on one of the many films I have failed to see over the last few years. Unfortunately, I chose to watch “Transformers: Revenge of the Fallen”. This is not a good film. I don’t think it even comes close to being a good film. Let me give you a brief synopsis in case you haven’t watched it, or have tried to forget watching it:

Don’t let Michael Bay, the director of this film, give you career advice. If he did, he might suggest filling your resume with everything you have ever done (boom, boom, boom), and would probably suggest removing some of the bullet points illustrating your skills in action because they were actually too meaningful, and would get in the way of more random information shoved it to make the resume look impressive.

If Michael Bay gave you career advice, he might suggest sending out 100 resumes in quick succession instead of really spending the time on a fewer number of resumes that are specifically tailored to the jobs you are interested in. Wait, I change my mind. Sending 100 resumes doesn’t seem extreme enough – Michael Bay would want you to send out 5000 resumes (Boooooooom!).

If Michael Bay gave you career advice, he might also advise you to answer the “tell me about yourself question” often asked in interviews in a somewhat random, unstructured, non-narrative fashion. He might add that this would keep the interviewers on their toes, preventing them from becoming bored or from focusing too much on what you were actually trying to say – you know, the plot.

Don’t listen to Michael Bay. Instead, set up an appointment at Career Services with an advisor who can give you proper advice. Yes, there are fewer booms, but that is not really a bad thing at all.

Apparently, there was also a third Transformers film (Booooooooooooooooom!). I must have missed that one. And Michael Bay has also announced that he will be directing the fourth film. I have managed to find a teaser for this new film. Are you ready for it? Here it is: