Ok – if any of you have stopped by the Career Services office in the last few weeks, you know it’s been BUSY! So busy, in fact, that I admit I haven’t had a chance to write my blog which is due today. So… given that it is the first day of internship interviewing, I thought I would reprise the blog I wrote a while ago, as it’s particularly relevant this week!

On-campus recruiting is in full swing and the OCR suite is humming with activity. Hopefully many Penn students seeking internships have been invited to interview with employers of interest to them. However, I’m confident there are also many students who have been disappointed by not receiving as many interview invitations as they had hoped. After devoting time and effort to networking with employers and submitting applications on PennLink, this can be a frustrating experience.

Penn is fortunate to attract many students who excel academically, in campus leadership positions, and in the broader community. Most employers who recruit at Penn (especially the larger, well-known ones) receive applications from many more students than they could possibly interview. We also all know that reviewing resumes is an imperfect tool for selecting which candidates might make the best “fit” for a particular organization. For these reasons, we strongly encourage students to take advantage of the recruiter add-on interview process, which allows students to be added to an interview schedule in the event that the interviewer has late cancellations on his or her schedule. (While employers tend not to have very many openings during the first few days of recruiting, it is much more common as the recruiting season progresses and students begin to accept offers with other employers.) If you are reasonably well-qualified for a position (based on the position description) it makes sense to try to get an “add-on” interview. You may really impress the recruiter in person and be offered the perfect job! I have had many conversations with students over the years who have landed positions through this process, and just last May a recruiter from an investment bank told us she hired three Penn students who had been late additions to her schedule through the add-on process.

END_OF_DOCUMENT_TOKEN_TO_BE_REPLACED

We’re gearing up for our Startup Fair on Thursday, February 21st. Over this semester we hosted numerous events on this path, to continue our exploration of startup careers, we’re excited to welcome Marshall Yang to @PennCareerDay.  On Tuesday, February 12th, Yang will share insights and advice about his career with the investment side of the startup industry. To learn more about Yang, read his bio below, and remember to follow him on the 12th! 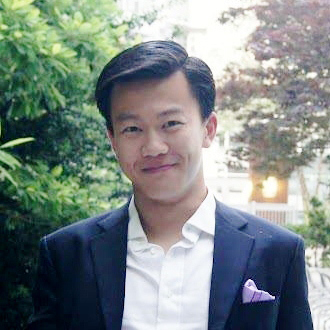 Marshall Yang joined MentorTech in 2012 as an analyst, investing in startups with Penn connections. He was previously an analyst for Robin Hood Ventures, one of the largest early-stage investors in the Philadelphia region. Marshall helped the firm invest in software and internet companies, and built relationships with entrepreneurs and investors by sponsoring and co-hosting Philly Tech Meetup. Marshall is also a business development consultant for a Global 500 company, advising the corporation’s fintech and mobile innovations.

Prior to Robin Hood Ventures, Marshall interned at LB investments in Shanghai, the VC arm of LG Group, where he invested in e-commerce, mobile, and internet companies. He was also a consultant for NewSpring Capital, where he developed investment theses under the Affordable Care Act. Prior to his business career, Marshall interned at Merck as an automation engineer, where he developed in-house software-as-a-service streamlining the drug discovery process. Later he and his colleagues at Merck founded Lab Informant, a software company in the biotech space. Lab Informant was selected as a DreamIt Ventures Finalist.

Marshall has an M.S.E. in Bioengineering from the University of Pennsylvania, where he did research and published in the field of computational simulation. He was also a winger in the Wharton Wildmen Hockey League, and won the 2011-12 Championship with his team, Mother Puckers. He blogs at www.marshallyang.com.

There is no perfect way to write a resume, and everyone you show your resume to will have slightly different ideas about the way it should look and what you should include. In fact, if you show me the same resume on two different occasions, I might have different (even opposite) suggestions for you. It’s a bit of a subjective art form, and the only person who really needs to like what they see is the person who is potentially considering you for a job (and you’ll never know for sure what they like!).

There are lots of resources out there on creating an effective resume, and so I am not going to rehash the majority of these tips. Instead, I am just going to list the 5 things that I immediately focus on when someone hands me a resume. They may not be the most important issues, but they are easy to address, and so it is worth keeping them in mind.

I can’t help it, but I am obsessed by hyphens in resumes. You can usually find them lurking between dates like this: 2009-2011. Why am I obsessed by them? Well, it is because they come in all shapes and sizes, and I like things to be nice and consistent. Here is a selection of them:

OK, there is very little difference between these examples, but there is enough of a difference for me to notice it. No employer is likely to care that much about any inconsistencies, but for any job requiring attention to detail, it doesn’t really support the argument you are trying to make that you are an ideal candidate if your punctuation is all over the place. There is no one correct way of using the hyphen, dash, or whatever you want to call it, but choose one way and stick with it. Microsoft Word has a sneaky tendency to change short lines into longer ones when you are not looking, so do a final check before to submit your application.

END_OF_DOCUMENT_TOKEN_TO_BE_REPLACED 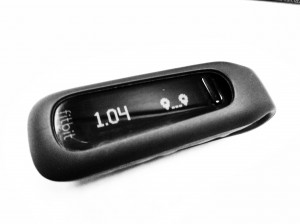 Several weeks ago a good friend of mine introduced me to the Fitbit One, a high-tech pedometer that tracks daily steps, calories, distance, flights of stairs, activity and even sleep. It wirelessly syncs with my phone and computer, logging my daily progress to the Fitbit website. To top it off, the Fitbit incorporates social networking, allowing me to follow and compete with my friends who also use the device.

Using this “smart” pedometer has been fun and worth it – because it works! At the end of the day if I haven’t hit my goal, I will bundle up and brave the cold to walk outside until I do. By having concrete proof of my progress, I continually feel motivated to work hard, therefore shooting for bigger goals with each passing day.

It’s amazing the things we can accomplish when we hold ourselves accountable. Part of finding your ideal career comes from learning to be an adult, and part of being an adult means having ownership of and responsibility for your daily personal progress. Here in Career Services we do our best to give you the support you need during this exciting and important time of your life, but it’s up to you to take the necessary steps to reach your own goals. As recruiting season is in full swing and you are in search of that ideal summer internship or job, it’s important to stay on top of your game. If you haven’t yet, work on perfecting your resume or email it to get it critiqued by a counselor (be sure to leave ample time for review before your application deadline – usually 3-5 business days is fine). Practice writing cover letters for different types of jobs and solicit feedback from your peers or Career Services professionals. Meet with a counselor in our office for a prescheduled appointment or during walk-ins. Practice interviewing with Interview Stream so that you can record your own mock interview and send it to family or friends for critiques. Attend a workshop or other career event to learn valuable insights into the world of work. Utilize our online resources in our Career Library. Explore opportunities on PennLink or iNet. Learn all about (or simply review!) OCR and how it works (don’t forget to scroll down to the OCR Quickfind to find answers by topic or question). Lastly, peruse our robust Career Exploration page for helpful tips and valuable resources that will help you with your search.

Remember, reaching a milestone rarely happens by accident. It takes organization, a proactive game plan and going the extra mile (sometimes quite literally!) to achieve true success. Good luck with your journey!

Thanks to all of our faithful readers who visit us and keep this blog going! We love bringing you the best career advice we can offer and thank you for your support and your comments.

As we look ahead to the next 600 posts, let’s take a look back at our top ten most popular blog entries of all time.  If you haven’t read these yet, they are the all time classics!

See you at the next milestone!