Career Services will be closing at 2pm on Wednesday, November 26th for the Thanksgiving holiday break.   We’ll reopen at 9am on Monday, December 1st. 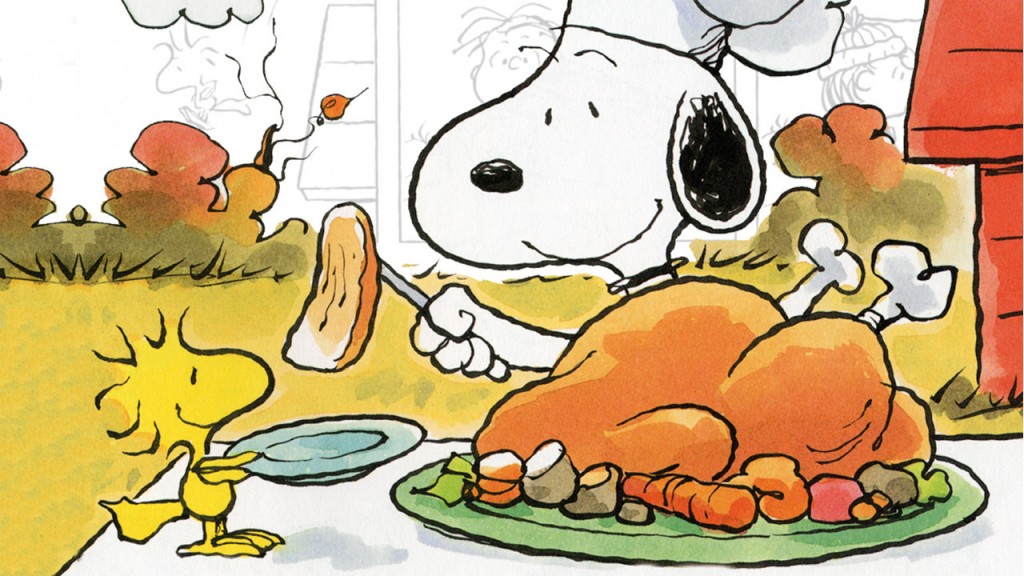 We hope you and your families have a wonderful Thanksgiving and a relaxing break.  We look forward to seeing you again in December as we wrap up the semester!

Happy Thanksgiving! It’s that time of year when the semester is wrapping up and you have earned a well-deserved break to relax with friends and family. As you pause to give thanks, this is also an opportunity to reflect on your job/internship search efforts so far and develop a plan that will build on your efforts from this semester. Many companies may slow the pace of their recruiting efforts before the big push in early January. This is the perfect time for you to take a few steps during holiday breaks that will help you when campus recruiting heats up in the new year.

Practice Your Interview Skills. The best time to prepare for an interview is before you’re in the middle of a hectic week of mid-terms, papers and campus obligations. Take time between semesters to review the Interviewing Advice section on the Career Services website. There are sample questions (general, behavioral, by industry) that will help you know what to expect and guidance on how to handle these questions. Be sure to practice these on your own, with a friend or call Career Services for a mock interview. There’s also a whole page of interview prep guides and access to Interview Stream, a practice interview system that allows job seekers the opportunity to see and hear themselves online. Prepare now and when you’re invited for interviews this spring, you’ll have the general prep finished and can focus on tailoring your interview efforts to that specific position and employer.

Research the Possibilities. Are you still deciding between industries? Use this time to research various career paths and discover fields that fit your interests. Sites such as Vault and Wetfeet Guides provide helpful snapshots of industries. There’s a whole section of the Career Services website (Career Exploration tab) dedicated to pathways you can take with your major. Glassdoor is a site with an abundance of information of specific companies. In addition, one of the best ways to explore a career path is to speak with people working in that in that field. Informational interviews give you the opportunity to ask someone what they like about their job, what they find challenging and what they wish they knew when they were getting started. Penn teaches you how to research like a pro, so put that to use for your job search.

Make New Connections. One of the many benefits of attending Penn is the strong alumni network you now have at your fingertips. QuakerNet, Penn’s online alumni community, and LinkedIn are fantastic ways to identify alumni to connect with for informational interviews. On both QuakerNet and LinkedIn, you can search alumni by company, industry and location. Take a chance and reach out to alumni to see if they would have 15 minutes to connect and share their experience in a particular field. Remember to send thank you notes afterwards!

Develop a Plan. PennLink, iNet (internships) and job sites targeted by major (Found on the Career Exploration page – what can I do with my major section) will have a multitude of opportunities, with new ones added throughout the spring semester. Take some time to become familiar with uploading documents and conducting advanced searches on these sites. Make it a habit now to start checking the calendar on the Career Services site on a weekly basis for the latest workshops, panels, information sessions, and career fairs.

These tips can help you position yourself for a productive job/internship search. Have a wonderful Thanksgiving holiday!

Career Services is pleased to announce a new section of our website dedicated to career resources for our students and alumni who are veterans of the armed forces. 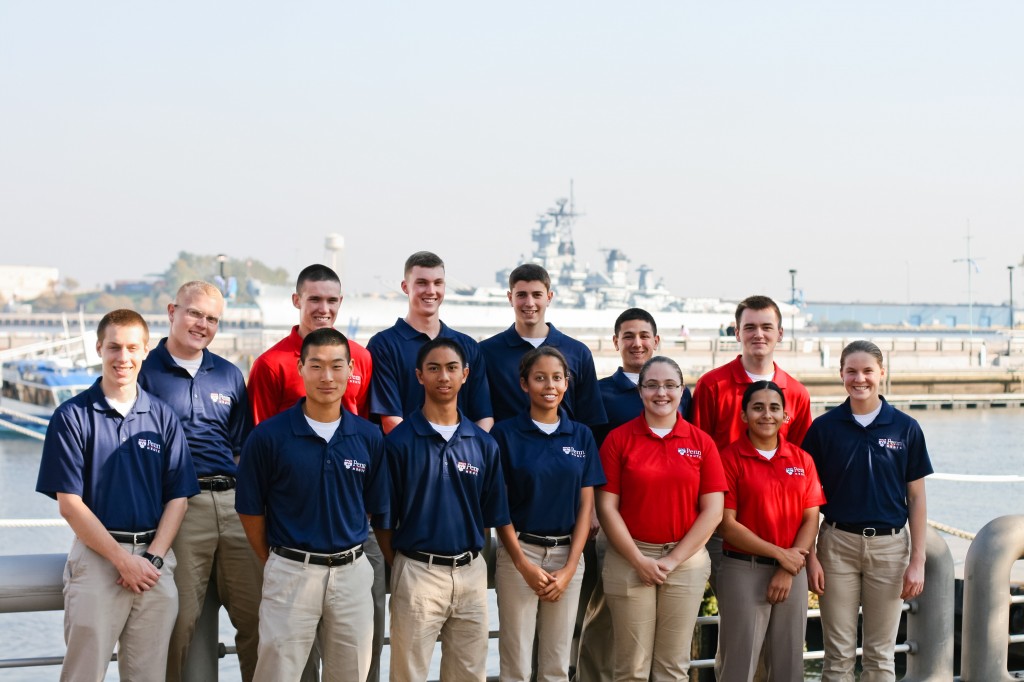 You can check out our new page here.

You’ll find job boards, military friendly career fairs, internship opportunities and more.  If you have a resource that you would like to see included, please feel free to contact our webmaster.

Our Resources for Veterans page is just one part of our collection of resources for specific populations and affinity groups.  Be sure to see all that we have to offer!!

“And that’s where David and I met” I distinctly remember her telling me.  She gazes through the window, a nostalgic sparkle glittering in her eyes, as she points towards the castle’s centuries-old wrought iron gate.  There’s a charge in the air at Château de Touffou that is almost contagious; an energy that pulsates with a mix of meaningful tradition and creative potential. All of us, the other WPP Fellows and I, along with a range of mentors, group executives, clients and Herta’s special guests, sit around the castle’s majestic fireplace listening to the most inspiring woman I have ever met tell her story.  I should mention that by David -she meant David Ogilvy, the man behind Ogilvy and Mather (and her late husband).  We were all completely starstruck. I remember watching the flames crackle in tandem with my excitement as I finally let it sink in: I actually get to live here for a week!

My senior year at Penn I found myself asking: what can I do with degrees in communication, public service, marketing and psychology? Perhaps it was my destiny to sell politicians. Indeed, after completing my public policy thesis, I felt like I could conquer the world. But I had no idea where to start. As a student from Mexico City, my job search was heavily constrained by limitations placed on hiring international students- something that many of my extremely talented Quaker friends faced as well. Yet I was also waiting to find a job that would inspire the same passionate zeal I felt (and still feel) for Penn when I first strolled through campus. And that’s when I found the WPP Fellowship.

As the leading and largest marketing communications company in the world, WPP presented an offer I could hardly imagine anyone refusing: the opportunity to spend three years in a global leadership rotational programme, working across three different operating companies, industries, and even continents. The best part? Fellows get to craft their own journey, choosing out of the 3000 offices and 110 countries in which WPP operates. There were no OCR interviews, cover letters, citizenship requirements or questions about how many pencils fit inside a swimming pool. The application centered around telling a story- your own personal one – in a compelling, creative and sincere way. Oh, and there was also the small detail of standing out against more than 2000 applicants worldwide for only 8 coveted spots. But somehow – after months of essays, interviews, and a final round in London- the stars aligned. I fortuitously managed to become a WPP Fellow. And the rest is history.

One year I was in New York working as a strategist for a top global tech client watching my campaign come to life –and the next I was in London advising top-level decision-makers on the political economy of Latin America and potential growth drivers of the region. Every day of the Fellowship has brought me an incredibly diverse set of challenges and opportunities, most of the time in completely foreign settings.  Penn taught me how to thrive in multidisciplinary and cross-cultural environments, and WPP has given me the chance to turn theory into practice within both.

So there I was, in the middle of my WPP Fellowship training at Ogilvy’s castle in the South of France, wondering how a job like this even exists. It wasn’t too long ago that I interned at Ogilvy and Mather as a Sophomore at Penn. Little did I know then I would have somehow landed in this grand dinning room, watching a meticulously- planned five-course meal unfold in front of me. But I didn’t even notice the food. How could I when I was sitting next to an Olympic silver-medalist on one side, and an accomplished neuroscientist on the other? And those are just two of the WPP Fellows. The privilege to be sitting among them, listening to their stories, is an opportunity I cherish every day.

Remember that electric charge we felt when walking through Locust? Or when we entered The Quad for the first time? Its exactly the same feeling on the WPP Fellowship. A perfect mixture of excitement and disbelief. Sure, the castle might make it seem like a fairy tale. But that electricity? We’ve all felt it. And it couldn’t be more real. 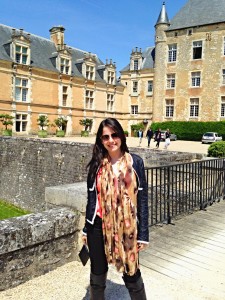 Born and raised in Mexico City, Monica Gojman graduated in May 2012 with a degree in Communication and Public Service. She won the Eisenhower Award for Outstanding Honors Thesis and was elected graduation speaker for the Annenberg School for Communication. At Penn, she served as President of the Undergraduate Board of the Annenberg School, Vice-President of the Mexican Student Association, Under-Secretary General of the International Affairs Association, Marketing Committee member of Wharton Latino, and a Spanish Tutor at the Penn Language Center.  She currently works as a WPP Fellow for WPP and is spending her second rotation as an International Public Policy and Business Development Adviser in London. A lover of international affairs, languages and cultures, Monica has studied and worked across five different continents. She enjoys salsa dancing, singing, writing, and has a weakness for all-things dark chocolate.

Each year, I meet with students wondering about their summer internship search. A frequent question that surfaces during many of these conversations is how to begin. While there is no blueprint or magic formula, here are some ideas to consider when you decide to start the process:

Consider the types of internships you want to pursue. Sometimes students will begin looking for internships and applying for opportunities before giving careful thought to what they ideally want to do for the summer.  Beginning your search knowing the industries and functions you want to work in can be very helpful. If you are unsure or open to a few different areas, that’s fine – just take some time to really think about what you are looking for in an internship and what you hope to gain out of the experience before you proceed.

Update your resume. You never know when you will need it to pass along to any contacts you meet or to apply for any early application deadlines. Be sure to include new entries from the Fall semester and, of course, proofread carefully before sending out.

Identify individuals in your personal network you can contact. Creating a list of people that you know beyond individuals working directly at companies of interest to you can be a great starting point. Think about any connections you have developed since your last search and those who you know best and have the strongest relationships with you. These are potential contacts that you may want to reach out to and discuss your interests for next summer, which ultimately may generate leads for your internship search and a group of individuals who may be willing to assist you in some capacity as the process unfolds.

Create your own calendar of recruiting events happening at Penn and off-campus. As a Penn student, you have access to a wonderful array of career-related events on campus throughout the year. Given the vast number of events and programs, it may be helpful to add them to your calendar and keep track of events with representatives from companies that interest you.

Schedule an appointment or stop by during walk-in hours to meet with a Career Services advisor. We are happy to meet with you to help you create a strategy based on your individual interests.