“So, I know I’m really behind in my job search…” Sound familiar? This time of year, this is one of the most common phrases I hear from students as they sheepishly sink in into the chair in my office and go on to list all of the reasons they feel behind the 8 ball. After they stop to take a breath, typically I ask the student what industries he/she is seeking. Since I’m lucky enough to work with undergraduates from The College of Arts and Sciences, I often hear a variety of answers ranging from legal services to non-profit to healthcare to retail to…a whole bunch more. That’s when I offer up four simple words that seem to lift the weight of the world off the student’s shoulders: “You are not behind.”

While there are particular industries that begin recruiting very early, some as early as the summer before the school year even starts (like finance, as well as some consulting and technology), the majority of employers in other industries do what we call ‘just-in-time recruiting’. This means they don’t know quite so far in advance what they will need in terms of full-time employees or interns come the following summer. Those infamous OCR companies that come every fall? They reserve their interview rooms during March or April of the previous school year, a full 3 semesters before the summer for which they are hiring. Employers in other industries don’t necessarily know how many hires they will need so far in advance, so they tend to recruit closer to graduation and/or the summer.

So am I telling you that anyone with interests outside of finance, consulting and technology should kick up their heels and not think about jobs or internships until mid-spring? Absolutely not! Exceptions do exist and I would not be a good career advisor if I failed to encourage you to do your research before the deadlines hit. There are several steps you can take in order to best prepare. Identify key companies of interest. Learn about different job functions and industries by creating a Vault Career Guide account on our subscriptions page. Network with alumni at various organizations and conduct informational interviews. Understand when industries recruit – I often recommend our timing of career fairs as a loose guide as to when various industry recruiting occurs.

Most importantly, while you may feel behind, know your facts before you decide that you’ve messed up in any way. A positive outlook is imperative, because to successfully succeed in your career search, it’s best to feel confident and prepared because that’s what employers will notice when they meet you. If you find you’re lacking confidence or can’t figure out how to best prepare, we’re here in Career Services to help! Call to schedule an appointment with an advisor so that we can help you navigate this daunting process that many of you may be doing for the very first time. You may find that finding the right job isn’t as difficult as it seems, and that you aren’t, in fact, behind at all!

(Please note, it can be challenging during busier months to schedule an appointment since the volume of students we serve is quite large, but we do have walk-ins every weekday, which are first-come, first-served, and these are found on our website and updated daily.) 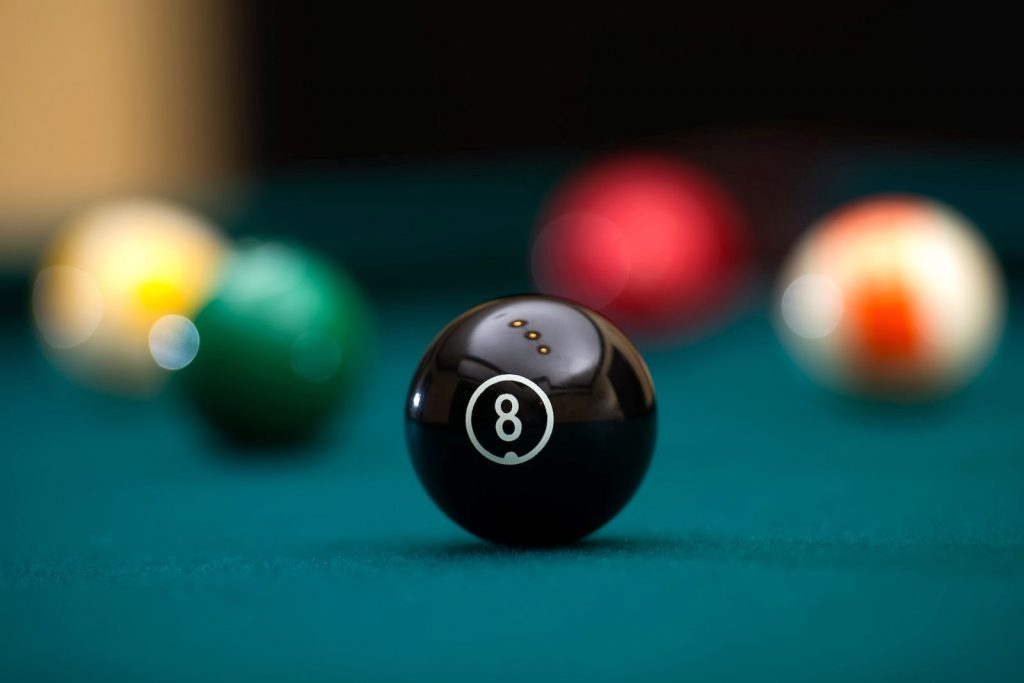 About this time in 2008 we saw the economy implode.  Recruiting just about froze in place. Those who had summer offers were lucky: the employers honored them, and we urged students to accept them.   Other students were in for a hard time.  Even so, the class of 2009 landed on their feet.  They worked hard to get jobs or get into graduate programs.  Some ended up in positions that were not their first choice, but they are doing well nonetheless.  Others were liberated from the specter of more traditional employment and struck out on their own, to pursue a dream.  By the fall of 2009, only 11% of the class was still seeking employment.

A year ago this time things were a little better.  Employer activity on campus was more palpable.  The recruiters who came were serious about hiring, and not just going through the motions.  During the spring semester of 2010 things really took off.  Spring career fairs had an uptick in employer attendance.  Some employers who didn’t recruit in the fall returned to campus, with unexpected positions to fill.  On it went throughout the late spring and this summer, when we saw strong signups for fall career fairs and on-campus recruiting.  We breathed a sigh of relief:  things would be almost normal for the class of 2011.

But not so fast.  Over the past week or two there have ominous financial reports.  In particular, sales of existing homes were off 27%, and the number of first time filers for unemployment benefits was higher than expected.  More commentators are talking about a double dip: having emerged from the last recession, perhaps we are going to fall back into a second.  Something called the Hindenburg Omen may presage a stock market collapse.  Will the class of 2011 actually have an experience closer to that of the class of 2009?  If I could answer this question with any authority I would be in a different line of work.

If you are going to be graduating this spring (or before), what should you do?  First, you can’t control the economic forces swirling around us.  And we remain hopeful, after all, that all the employers visiting campus this fall will not just be going through the motions.  But if things do slow down, focus on the things you can control.  Take a leaf from the pages of the 2009 book.  Think seriously about what you want to do in your first post-Penn job.  If you need help figuring that out, see a counselor here at Career Services.  Make sure your supporting documents (resume, cover letter drafts) are ready to go.  For those of you interested in the large employers who recruit on campus, the year starts today, August 30, the first day you can submit resumes.  Employer information sessions begin the day before classes start.  The large career days are the second week of classes.  Recruiting starts September 28.  Those who get a slow start will miss out on real opportunities.

If you are applying to graduate or professional school, consult early with one of our pre-professional advisors.  Attend graduate school information sessions, beginning in September.  Be realistic about the schools on your list (our advisors can help with that too).   Ask for recommendations in plenty of time.  Make sure your applications are ready to go early.

Is all this making you nervous?  It’s still August, you say, and you’re right.  So sit back and enjoy this final week of summer.  Be confident.  You are at Penn, which will help, believe me.  Take advantage of all the resources that come with being a Quaker, especially those here in Career Services.  We look forward to working with you in the year ahead.  Here’s to the class of 2011! 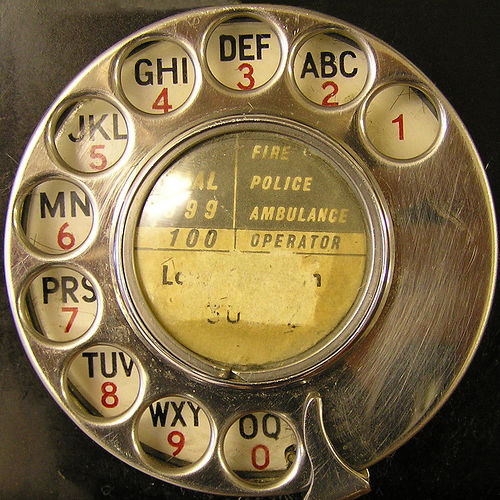 During the last month I’ve received calls from three different employers complaining that they have not been able to get Penn students to return their phone calls. One wanted to invite a student for a second round interview. One only learned that two students no longer planned to actually attend their previously scheduled second round interviews when the employer took the time to reach out to reconfirm the date and time.  The last complaint came for an employer who had extended an offer to a student, but could not get the student to return follow-up phone calls from either recruiters or a relatively high level senior executive who had taken time out of his busy day to call the candidate.

Students often think they are simply “cogs in the machine” of the recruiting process – one of many individuals traipsing through the halls of organizations across America to interview in an attempt to land an offer.  They may not think that returning a phone call or answering an email promptly matters much in the big scheme of things.  Let me assure you it does.  Employers spend a tremendous amount of energy, time and money on college recruiting.  They work hard to find individuals who will be the right fit for their organizations.  They want to know that the students to whom they extend offers will be passionate about working for them and committed to the organization once they come on board.

If a candidate doesn’t have the common courtesy to return a phone call, it sends the message that he or she either does not know how to be professional, or really doesn’t care about the kind of impression s/he is making on the firm.  Employers in this situation may very well begin to think that they made the wrong decision in extending an offer. Real concerns about the candidate’s ability to work with colleagues and clients may arise.  I have seen employers withdraw offers after such negative experiences with candidates.

I understand why students sometimes hesitate to return employers’ calls.  Often they are very busy.  Perhaps they are worried that they will receive undue pressure to accept an offer before they are ready to do so.  They may feel they have had all their questions answered and won’t know what to say when the inevitable “What questions can I answer for you?” comes up. Never-the-less, in order to be perceived as professional and courteous, it is important to respond and respond quickly to employers when they reach out.  You don’t want to come across as disinterested in a position when in fact you might be.

On the other hand, if you have decided an opportunity is not the right fit for you, or if you have accepted another offer, let any employers with whom you have outstanding applications or offers know as soon as possible. They will appreciate your honesty and it will help them move forward to find alternate candidates for the position.  You never know – a few years down the road you might again be considering opportunities with the same employer, and you certainly want to leave a positive lingering impression.