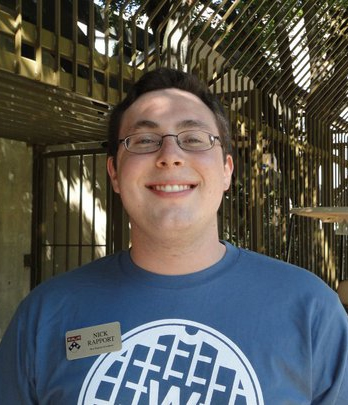 So you’re looking for a job.

But not just any job. You want a job that will impress future employers, develop skills, pay you, and will be fun.

However, you know that those jobs don’t exist.

During the summer, I plan all of those events you remember with fondness from your time as a freshman. Last fall, I personally oversaw Late Nights, the Penn Reading Project, and the Toga Party, to name just a few. Through the process of planning these, I built working relationships with Penn faculty and administration, both local and national businesses, and student leaders from every kind of organization imaginable. I learned how to properly compile budgets and file them within the University system, gained a working knowledge of the entire Adobe and Microsoft Office software suites, and how to run a virtual orientation using current social networking sites. I learned what to tell building administrators in order to let my event go longer without an extra charge, what to tell a caterer to get a few extra items, and how to ensure that vendors donate items for events like Pennfest.

I also maintain two major Penn websites, NSO and the Theme Year, constantly updating them and making sure they are both accurate and composed of the newest features.  Before I started this job, I just assumed that websites made themselves and were just for my viewing pleasure.

During NSO, you’re going to work. A lot. And you’ll be frustrated. You’ll want go home and sleep. Instead you’ll keep going beyond what you thought was possible. But the satisfaction of seeing all those students having the time of their lives at something that you have overseen from the moment it was proposed until the doors opened is worth it. Months later, you’ll pass people on Locust and they’ll be talking about how they want to go back to NSO, to dance amidst the statues of the PMA, to dress in togas with their entire class, and you’ll smile. Because you will know that you made that happen, that you are the reason those memories exist in the first place. At this time of year many of my colleagues and I are helping students prepare for interviews.   Such preparation might include doing a mock interview.  Mock interviews are great because you can become familiar with talking about yourself and your qualifications in relation to a specific job opportunity.  You get a tiny feel for what it might be like to interview for the job before you do it.

So if a mock is preparation for a real interview what should one do to prepare for a mock interview?  Having conducted hundreds of mock interviews over the years and seen many students and postdocs increase their confidence level because of them, I have a few suggestions:

o   If you are interviewing for a position at a college or university, see if it is mentioned in any articles in The Chronicle of Higher Education.

o   If you’re interviewing with a large company, search The Wall Street Journal and, if it’s a pharmaceutical, Science Careers.

o   If you need help identifying resources on different kinds of employers, check with you career counselor or with a reference librarian.

o   Bring the job description and the materials you used to apply with. An employer can ask about anything on your resume or CV so be sure you have the one that got you the interview, not a different version.

o   If there are questions you are worried about answering be prepared to ask the counselor with whom you’ll do the mock to incorporate those questions in with others. Sometimes people worry about how to talk about a gap in their experience, an abandoned degree program or an unusual job.  Become comfortable talking about what makes you uncomfortable.

To set up a mock interview, call the phone number for the Career Services team that works with students in your school.  If you’re not sure what number to use, check the Staff Directory. 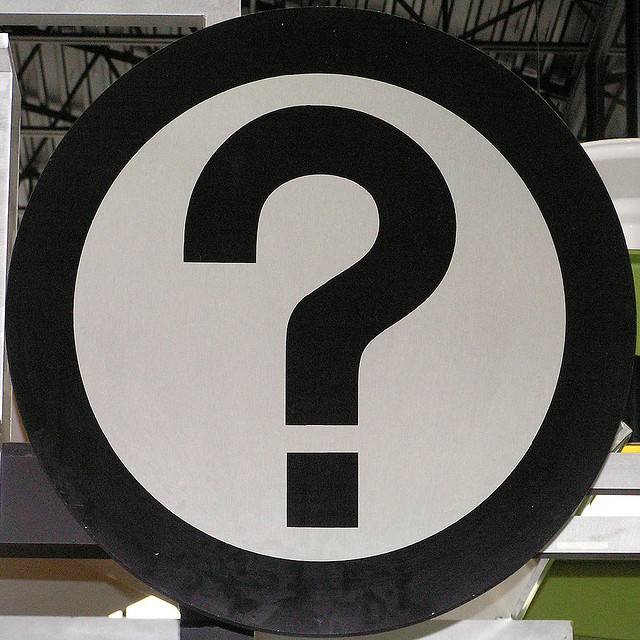 If you don’t ask… the answer is always no.

Ask for help. Ask for what you want. Ask for an honest opinion.

Of course, there are times when you will be told no. It may be the answer regardless. But one way to guarantee you never get a yes, is to avoid asking altogether. You can leave it to chance or make the opportunity your own.

As we embark on the spring semester, we are four months closer to the end of our degree-seeking journey while simultaneously entrenched in the job-hunting journey. It’s exciting and overwhelming, all at the same time. Where am I going next? How am I going to get there? Am I making the right decision? All you can do is pose the question. Ideally, this simple action will allow you not only to maintain sanity but to leave these journeys to start yet another. (Figurative new journey = your career.)

Below are three of the most important things, in my opinion, for which to ask. The scenarios are by far not exhaustive; however, they demonstrate quite nicely how easy it can be to ask questions.

Ask for help. Copying machine giving you trouble? Not sure how to get the boss’ attention? Ask a colleague. More than likely the same person will be able to answer both questions. Killing two birds with one stone (or question).

Ask for what you want. A promotion? A raise? A summer internship? It may be hard to raise the tough questions in your office, but its up to you. It is highly unlikely that your boss is randomly thinking, “Hmm… in a few months, I think I’ll give Sally a raise. And a new office.” If it’s the internship you want and the email address of the VP that you need – the same principle applies – ask. Are you sensing a pattern?

Ask for an honest opinion. Report could use proofreading? Does your resume need some work? In this case, the possibilities for asking questions are endless! You could ask a colleague, a friend, a family member OR even Career Services.

If you don’t step forward, you’re always in the same place.

This is a daily digital routine that may not be a far cry from your own.  Sit back for one moment and ask yourself: What do I do every day that involves checking something online?

A large part of our daily lives have gone digital.  Times Magazine author, Lev Grossman, observed this in an interview with Aaron Sorkin and David Fincher for The Social Network, when the movie was coming out. He wrote, “Doing things on Facebook, friending people, checking your news feed — these are so much a part of our daily routines now.” (Click here for the interview.)

I read that article and knew he was right.  Frankly, it’s becoming hard to disagree. I have a daily digital routine, so do the majority of people I know.  This is a shift in society that the film drew attention to – not just Facebook, but how we’ve gone digital. The question becomes, for a career services professional like myself, how can you move your daily digital routine in a direction that will help your career? That is, if you are not already.

This might seem overwhelming at first.  You may think, “I already have so much to do, how can I add checking and interacting on LinkedIn to my routine?”  The answer is – do what works best for you.  There are so many platforms online today that you can leverage to build your network and help develop your career.  You just have to do some research to identify those platforms and see if they could benefit your professional development.  LinkedIn is not for everyone. Twitter isn’t for everyone. Facebook isn’t for everyone. But, are the companies you want to work for on there? Is a leader in your field on there? If so, then think about when and how you can incorporate those platforms into your daily digital routine.

These are tools to help you and you have control over them. You determine how frequently you log-on and what information you provide. Try incorporating more career building into your daily digital routine. If you don’t like it or it’s not worth it – then stop.

For resources to get started with platforms, go to our homepage http://www.vpul.upenn.edu/careerservices/ and select the icons on the right for Vimeo, LinkedIn, Twitter and Facebook.