Author’s note: This has become my traditional Halloween blog.  I think that the contents are as relevant today as when I first wrote them – especially now, in the height of recruiting season and a big career fair next week!

There is a very fine but distinct line between having confidence and being smug. For example, I was recently looking to hire a small staff to work with me on a project outside of Career Services. A young woman came to interview for a position and, on paper, she seemed perfect. Her resume was good and she seemed enthusiastic about the project. Within in minutes, however, my feelings had changed. She spent the entire interview talking about how she and her friends had been “robbed” at a local awards ceremony. She began by saying that she was smarter than anyone on the awards committee and that her level of experience should have made her their top choice. I was immediately turned off. Worse, she continued by openly bad mouthing those who had won awards – including people I knew very well and who (unknown to the interviewee) would be working on this project. If she hadn’t done so already, this sunk her. A real Donald Duck.

If you haven’t done so already, I also urge you to tune into this week’s CS Radio – our new podcast!  In this special Halloween episode, we take a look at interview horror stories like the one above and how you can avoid them! 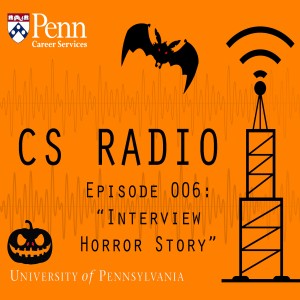 Our Day in the Life Twitter series continues tomorrow.  Be sure you’re following @PennCareerDay to get a peak into a typical day for Jack at Hanover Research! 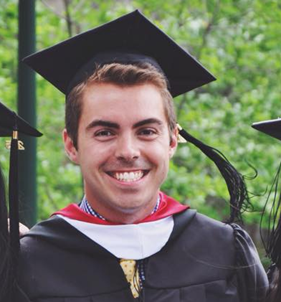 Following graduation, Jack returned to work at the site of his post-junior year internship: Hanover Research. Jack is a Research Associate on a team serving a diverse group of school district and higher education partners. In his three months on the job at Hanover, Jack has already completed eight reports for colleges and school districts throughout the country. These reports include: assessing market demand for new degree programs, providing best practice research on policy issues, and using US Census data to help locate and recruit new students. Jack’s experience in the Urban Studies program at Penn helped him to get this job and continues to help him execute his duties at a high level. 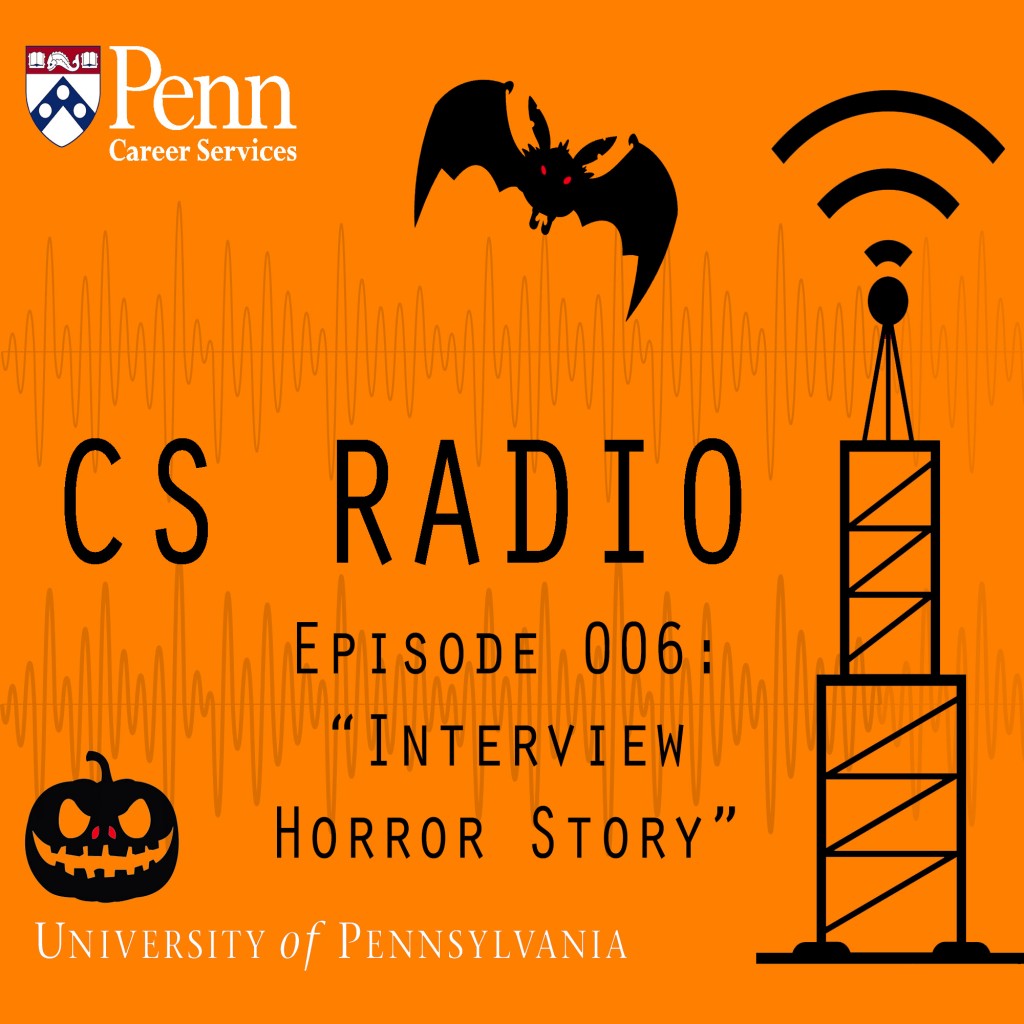 In this the spirit of the season, J. Michael and A. Mylène share their personal interview horror stories this week.  Thrill to Michael explaining in an interview why he might quit right away!  Chill to Mylene’s webcam of horrors! It’s all too terrifying!  Luckily, your ghost hosts also have solid advice on how to avoid these terrors in your own interviewing.   Plus, as always, we have a rundown on what’s coming up this week in the crypts of Career Services.

Going to family weekend when my children were in college was something I looked forward to. It provided a chance to, above all, spend time with my son or daughter, but also to meet friends, faculty members, administrators, go out to nice dinners, even admire the fall foliage.

And so I look forward to welcoming parents and other family members this weekend here at Career Services. Some want to meet their student’s advisor, about whom they have heard. Most want information: what is in store for their child (and his or her classmates) after graduation?

That is an easy question to answer: as a group, Penn students do extremely well. Why is that? The short answer is Penn students are a gifted bunch. They are ambitious, energetic, and organized. The majority have made their post- graduation plans well before graduation. They receive job offers from leading employers across multiple industries, and gain admission to top graduate and professional schools. They serve in the military, and in other sectors where they can make a difference in the lives of others. They do fellowships here and abroad. They engage in entrepreneurial ventures. We are proud of them all.

A very high percentage of new graduates with a clear plan used Career Services. Of our class of 2015, 75% are working full-time, over 13% are in graduate or professional school full time, 5% have other plans and only 6.9% as of this week are seeking employment. (Actually, the percentage is probably lower, in that some have not updated us on their plans since early summer, and others are employed according to their LinkedIn profiles.) In any case 6.9% is a low percentage, but it does represent some new graduates who are still engaged in the job hunting process. There are many reasons why they have not yet wrapped up their searches:

Whatever the case, Career Services continues to work with these recent graduates to support them as they seek employment, and to support the others who are engaged in the graduate school application process. And this support does not end this year or at any particular point. We engage with young alumni for several years after they graduate as their careers unfold. And our periodic alumni surveys show that our graduates continue to do well. Only 2% of alumni five years out are seeking employment, and only 1% of those ten years out of Penn. Those are truly spectacular percentages.

These statistics provide the ballast for our confidence that a Penn degree will prepare current undergraduates with the skills they need for success at graduation, and as their careers develop. We look forward to sharing this encouraging news with current parents this weekend and in the weeks and months ahead. From all of us at Career Services, have a great Family Weekend!

I know it’s hard to believe, but Thanksgiving break will be here before we know it. Until them, make sure to first, breathe. Midterms will be over soon, too. Also, consider brushing up on some of your LinkedIn skills. This way, you can identify members of your network effectively while on Thanksgiving break. 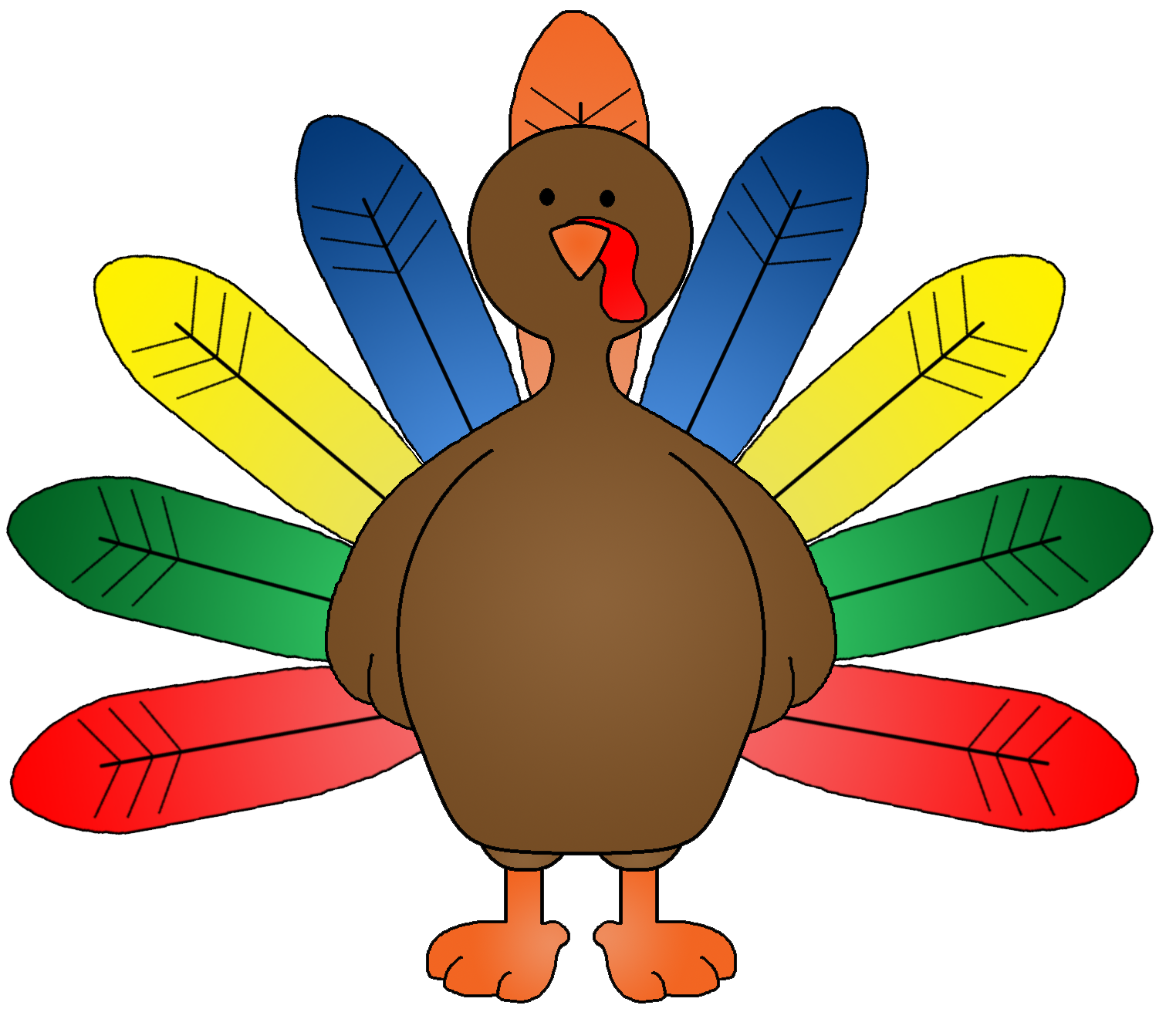 Lucky for you, Career Services created a comprehensive LinkedIn Basics Guide to help get you started. Take a peek and gobble, gobble, gobble up the information along with your mashed potatoes and stuffing!