This is the next in a series of posts by recipients of the Career Services Summer Funding grant.  We’ve asked funding recipients to reflect on their summer experiences and talk about the industries in which they’ve been spending the summer.  You can read the entire series here.

This entry is by Aleah Welsh, COL ’16 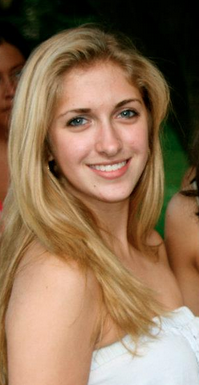 I’m running up 8th avenue. There’s a cool breeze but I’m hot and my legs are starting to cramp as my body rejects this sudden burst of physical activity it’s not accustomed to. It’s 4:53pm on a Friday and I’m going to be late to my interview with the Upright Citizens Brigade. I race into the lobby and slip on my “formal shoes” – suede booties with a small heel. I take the elevator to the twelfth floor trying to press the creases out of my shirt and letting the air conditioning cool my face and dry my sweat, the Declaration of Independence hidden safely in the lining of my briefcase. It’s 5:01. My breathing is still a little heavy as I meet my interviewer and look around at the other jeans-and-sneaker clad people in the office. I’m over dressed. I look down at the resume in my hand and realize it’s written entirely in comic sans. Dammit. I can’t believe I’ve screwed this up.

That day, as I walked aimlessly away from 520 8th avenue eating the street hot dog I had promised myself earlier, I convinced myself that this would be a funny memory if I got the job and not a painful tale of a horribly botched opportunity. You can imagine my surprise and excitement when, a month later, I got the news that I would, in fact, be spending my summer in New York City as a social media intern for one of the top comedy theaters in the world.

I’m one of four social media interns working with UCB this summer. My duties have ranged from drafting tweets to promote the various shows, to creating a photo scavenger hunt around Manhattan to promote the Del Close Marathon, an annual 56-hour-long improv festival. My boss handles all of the analytics for UCB’s social media presence, however, I have the freedom to craft posts for the company’s Twitter, Tumblr, Instagram and Facebook. When I’m not organizing press mentions on an excel sheet or drafting tweets (I draft a lot of tweets), I’m familiarizing myself with UCB’s content and tone so my posts will remain consistent with the UCB voice. It has forced me to consider, from a branding perspective, the challenge of crafting a singular tone in the digital world that comes from multiple people.

The most exciting time of my internship was definitely working the Del Close Marathon. The festival brings together top improvisers from around the world including many famous comedians. During the marathon it was my job to keep UCB’s twitter account up to date on the size of the crowd at each of the seven venues so people could more easily decide which shows to attend. Walking from venue to venue all day gave me the chance to meet and talk to many different audience members, performers and creators. When I wasn’t working the festival I was able to attend some of the many shows and after parties. I got to know my fellow interns and really got a sense of what it feels like to be a part of this larger UCB community. I can confidently say that that weekend was one of the best experiences of the summer. The sense of excitement and community from participating in a celebration of something I love so much, something that everyone around me cares so much about, was joyfully overwhelming.

The end of the summer is near as is my time at UCB, but lately it feels like I eat, sleep and breathe comedy. I’m constantly engaged during my time in the UCB office but it doesn’t end there. As an intern I’m granted free admission to most UCB shows which I frequently go to with friends, other interns or sometimes alone. Some of the most memorable moments have been seeing performances by Abbi Jacobson and Ilana Glazer, Chris Gethard, Paul Adsit, Zack Woods and Amy Poehler (twice). Furthermore, being in this creative and supportive environment has inspired me to work on some of my own material; I’ve even tried my hand at stand up a few times.

This summer I’ve experienced what it means to like your job— not just your coworkers or the office environment— but what it’s like to be truly invested in the mission of the company and everything it stands for. Regardless of where I end up after graduation this is something I hope to find again, in any career.

We at Career Services strive to give our students the very best resources to help them along their career paths. Knowing that many of you love sharing things on social media, we thought we’d come up with a campaign that allows you to tell your career stories to your friends. Our hope is that more students will learn the great things their peers are doing, and become interested in coming in to see us to get more information. We thought we’d throw in some prizes as incentive, too. Below outlines the overall campaign. We hope you’ll share your story! 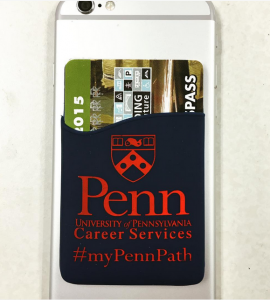 Here’s how it works:

Take a selfie, a picture of your office, volunteer work, your mentor, or post anything career-related you’re doing during the summer and beyond. Have a career tip? Post a video. Headed to a conference? That counts, too!

Tell your friends about #MyPennPath and encourage them to share

Examples of potential posts:
First time at @PennCareerServ for walk-ins and now have a great consulting resume. Next stop: Biomedical Career Fair #myPennPath

I wrote a blog for @PennCareerServ. Check out my experience at an environmental nonprofit #myPennPath::::link to blog::::

Found a great job on PennLink and @PennCareerServ helped me make a tailored cover letter for it! #myPennPath

I wasn’t sure what I wanted to do when I started #myPennPath. Now I’m excited about my career in digital media :::link to video:::

I’ll be tweeting a #DayintheLife for @PennCareerServ tomorrow. Check out #myPennPath

Having a great summer internship as part of #myPennPath, making new connections and learning a lot! 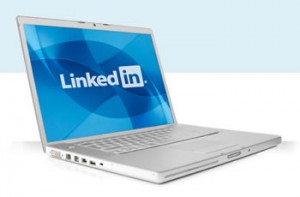 Are you utilizing every aspect of LinkedIn in your Job or internship search? It’s a powerful tool that goes beyond sending and receiving requests to connect. As a recruiter, I used to post jobs on LinkedIn all the time and search for quality candidates. Here are a few ways to make LinkedIn one part of your comprehensive search.

Career Services is here to help, so be sure to come in for a walk-in or make an appointment and one of the counselors will be happy to critique your profile and demonstrate the strategies outlined in this post.

A very popular tool that some candidates use in their internship and job searches is LinkedIn. Perhaps you have created a personal account or utilized the “Find Alumni” feature. While both are great starting points, consider joining and participating in LinkedIn groups to discover additional advantages of the system.

Identify a network of individuals with a shared interest.
One approach to search for networking contacts with professional experience within an industry is to input search criteria or use filters to generate a list of individuals. Another approach would be joining a group that may have dozens or hundreds of members with a shared interest, educational background or work experience. Depending on what type of individuals you are trying to identify, joining a group may be a faster or more efficient way to identify a network of individuals you are looking for.

Demonstrate your expertise in an area.
Once you have joined a group, you may notice individuals pose questions on occasion in search of feedback from group members. Responding to questions on topics you have insight can signal your expertise. It can also build goodwill and possibly open the lines of communications with others you may not have connected with in the past, expanding your network.

Receive insight, advice or assistance from other professionals.
There may be a topic or question you would like perspective on from other professionals. Or perhaps you are working on an event or program and are searching for volunteers that have a certain background. Leveraging group forums in some instances may be very helpful in these instances.

Ultimately, when you search for Groups in LinkedIn, you may notice an overwhelming number of possibilities. You may want to start by joining a small number of groups first. Try to become actively involved as you never know when your participation can lead to unexpected benefits.

“It’s all about networking.” 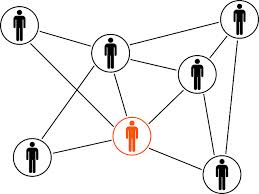 No matter what your summer plans were, whether you interned, volunteered abroad, or conducted research on a college campus, if you met new people, your network grew.  Now that summer is wrapping up, it’s important to make sure you can take your summer network with you.  The saying “It’s all about networking” is true because it’s not just who you know, but who knows you when it comes to looking for your next internship or full-time position.

1. Use LinkedIn. LinkedIn is the first tool that comes to mind to stay in touch with your new connections.  If you’re not using LinkedIn yet, sign up right now, or at least when you have 5 minutes.  Their Student Jobs 101 website is immensely helpful with tutorials and checklists to get you up and running on the platform.

2. Personalize Connection Requests.  On LinkedIn, the power lies in your connections.  When you reach out to your colleagues or peers you met this summer, make sure you personalize your note.  Adding a simple line makes a big difference to show you took the time to remind them how you met and/or why you’d like to connect.  This rule applies to other platforms, too.

3. Leverage Other Platforms. There are many other social networking sites that can help you stay in touch with your summer network.  Facebook is a natural choice, but be mindful of who you’re adding and how you use Facebook already.  Do you want to keep it personal or are you comfortable adding professional contacts? Twitter is also helpful, especially if you’re an active user already.  Twitter can help you build your network beyond those you met this summer through by including popular hashtags related to your professional interests, participating in Twitter Chats, and following organizations and their employees.

If you’d like to learn more about using LinkedIn or social media to stay in touch with your summer network or build it up even more, utilize our resource, Build Your Brand. Remember, we also over LinkedIn Profile reviews – so come in to see us if you have questions!